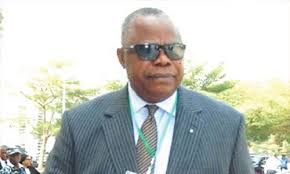 A  former Chief Judge of Anambra state, and a Professor of Law in the University of Nigeria, Nsukka, Justice Peter Umeadi (retd). has declared his interest to run for the office of the president in the coming general elections.

Umeadi stated this when he met with the National Chairman of All Progressives Grand Alliance (APGA), Chief Victor Oye, to declare interest in the 2023 presidential race,

Receiving Umeadi the party’s  National Chairman lauded him for his courage, and described him as the David of the time.

Umeadi is the first candidate of the All Progressives Grand Alliance (APGA), to declare his presidential ambition

The National Chairman prayed for God’s guidance for Umeadi and added that he had been called to run for President, having reached the apogee of his carrier as Chief Judge, a position he held for eight years.

While blessing the presidential aspirant, Oye described him as a ‘good man, humble, intelligent and learned,’ virtues needed in a good leader.

Umeadi had earlier said he was in the race because only good leadership can bring change in the country.

‘We all need to roll up our sleeves and go to work in all facets of our national life and should be able to reposition Nigeria in four years from 2023,’ he said.

‘I am stepping out as a champion of rule of law, separation of powers and due process. The bulwark of my Presidential bid is predicated on popular votes at the polls from a majority of Nigerians. We should respect the ballots.’

Umeadi further stated that he will gear his efforts towards ensuring that justice reigns in Nigeria, irrespective of tribe and status.

He stressed that APGA stands a good chance of winning the election if he gets the party’s Presidential ticket. 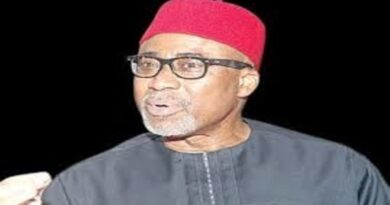 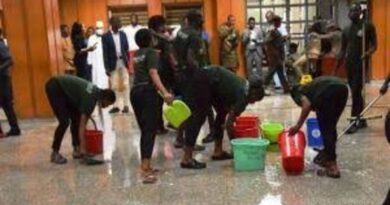 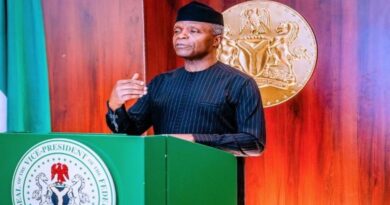 Osinbajo Calls on Leaders to be Sacrificial