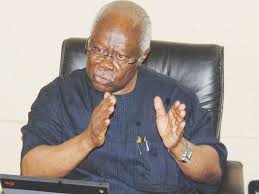 A former Deputy National Chairman of the Peoples Democratic Party, PDP,  and one-time military governor of Ondo State, Chief Bode George has called on Nigerians to be careful in choosing a candidate who will succeed President Mohammadu Buhari.

He stated this during an interview at the weekend while sharing his thought about the coming general elections.

In his words: “I want to clear one area of discussion, there is nothing personal I have against (Ahmed Bola) Tinubu throwing his hat into the ring, but what I am saying (and it is not a dog fight), that we cannot continue to drift. This is a matter of life and death for our country, we cannot continue to drift. Yes, he (Tinubu) has a right to contest legitimately and he has declared but Nigerians must be very careful.

The President has agreed to electronic transmission of results but the other arm, direct primaries, which seeks to remove godfathers’ control in political parties, is still not part of the guideline. Whatever it takes, whatever we will need to make democracy succeed, we must do.

“Now, having said that, I want to plead with Nigerians to be conscious because Nigeria is in a state of hopelessness and helplessness.

“The most annoying part is what he (Tinubu) said that he had been a kingmaker all his life and now, he wants to be king.

“Let me remind him (Tinubu) because he is a Yoruba man. In my part of the world, kingmakers are called afobaje. When you are a kingmaker, you do not throw yourself in the ring and say you want to be king.

“So, by saying publicly that he is a kingmaker and now he wants to be king, it is a fallacy. As Nigerians, we must challenge and x-ray anyone who throws his hat in the ring because when you come out to campaign, you tell people to trust you with the resources of the country for the betterment of the people.

“And so, if you look at his (Tinubu’s) past and all he has done, is he worth throwing tantrums all over the place? It is an insult to us.

“And my party will be ready, it will not be a dog fight, we will centre ourselves on justice, fairness and equity. We must not shy from telling the truth to power.

When asked why his hostility towards Tinubu, he said,

“There is absolutely nothing personal. This is my country. At 77, why will I not be able to tell truth to power? I have some facts about this character.

“He ran my state (Lagos) since 1999, finished eight years of absolute nonsense. So, there is nothing personal but to be able to speak truth to power, I owe it to my creator and I owe it to the future generations of this country. I come from a politically potent family. My late granduncle was the late Herbert Macaulay, the first Nigerian politician and he was in the throes of trying to unite both the north and south when he died.

“So, we must continue that fight, our country must come out from the doldrums of filth and have people with confidence and character that are salable anywhere in the world and people loyal to this country. That is all.

“So, I have no qualms, there is nothing between him and me that is hatred. If I cannot tell the truth at this age, then, why am I living? These things I am saying are well known.

Replying to if the national APC chairman emerges winner in the polls, George said he will go on exile.

“I will move away from Nigeria, I’ll leave because he will be your representative in the international plain. Which investment will he bring here? I am not talking because I have any hatred for him. This is not the kind of person we can hand over this massive country to manage. He will be the greatest joke on the international plane. We should bother who should lead us.

“Those supporting him are those who have benefited from his largess.

While speaking on the complicit nature of the PDP who had the chance to change Nigeria but didn’t do it, George said:

“Is there any organization, anywhere in the world, that will not have discussions, disagreements? We can disagree but we must not be disagreeable and in my local parlance in my part of the world, we tell people that all of us cannot sleep and face the same direction.

“There will be opinions, there will be differences but the quality of management is how you rise above personal interests.

“I want to assure Nigerians that in the PDP, we have a culture, we have norms and methodology by which we organize ourselves. Of course, everybody is still throwing tantrums but the final zoning will come up.

“APC is a contraption and it is a congregation of strange bedfellows but in our party, we have a culture and norm but that does not mean we do not have problems.

“When we have problems, the ability to manage the crisis we have will be the measure and the conviction for Nigerians to say these people are serious.

“Look at the APC, who say they want to hold their convention in February but now they are no longer sure.

“No political party or organization will exist without little problems but we will resolve our problems when we meet because some of those who were foundation leaders of the PDP is still alive.

“They knew where they were going and what is going on. The only problem that we had is that most of the issues were not written down, they were oral history.

“So this is why we must put pen to paper and write the things down so that in future, nobody will start interpreting it to suit their purpose and pocket. It is going to be a written law that will safeguard the PDP for the future, he added. 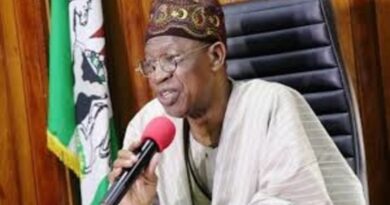 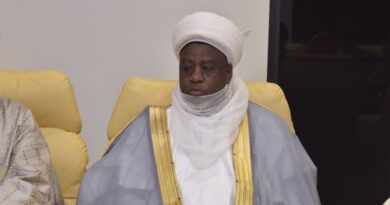 Monarch Laments on spate in insecurity. 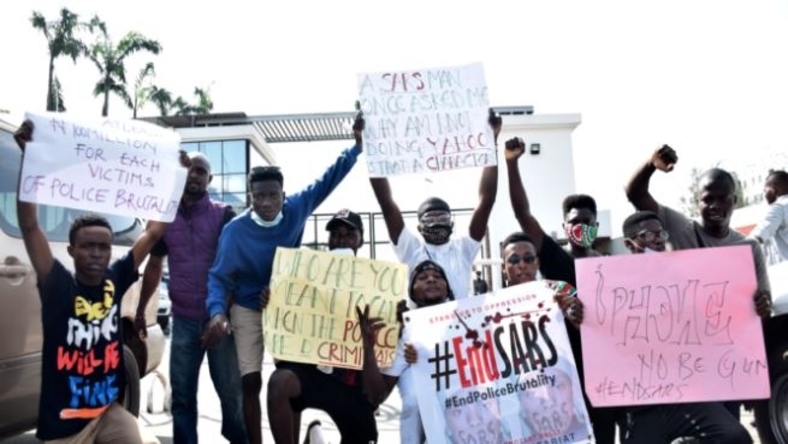