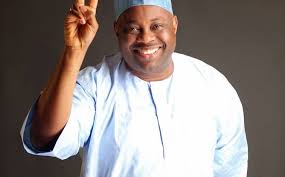 A Frontline journalist and publisher, Dele Momodu, has declared his interest in the 2023 presidential race.

Momodu made this known, Thursday when he met with the national chairman of the Peoples Democratic Party, PDP, Senator Iyorchia Ayu to present a letter of interest, and described himself as “the best, most prepared aspirant,” to turn around the fortunes of the country.

The Chief Executive Officer of Ovation Media Group called on the leadership of the country not to be quick in selecting a flag bearer for the party, stressing that 2023 offers the party the opportunity to seek the nod of Nigerians to reposition the country.

He noted that he will not be frightened by those he described as “money bags” who have done more harm than good in the country.

Meanwhile, the National Chairman of the Peoples Democratic Party, Iyorchia Ayu, had informed Momodu, that members of the party, and not leaders, have the right to determine who becomes its presidential candidate in the 2023 general elections.

Ayu stated that the PDP has no preferred presidential candidate because it would provide a level-playing ground for all aspirants.

The PDP National Chairman who addressed Momodu in his office said, “For you to run for office, you must have a strong platform but the first responsibility I will charge you to do is to work hard and build a strong party which we can go into battle with.

“For your personal ambition like all other candidates, I wish you well, I wish you the best.

“If at the end of the day, party members vote for you that you are the one they want, the party will stand behind you. You have to go out and work out there among the party members across the country because the party leadership will not do it for you. Our job is to try and provide the necessary mechanism.”

Momodu’s declaration of interest to run for the highest seat in the coming general election follows that of Bola Tinubu, the National Leader of the All Progressives Congress ,  Dave Umahi, Ebonyi State Governor, as well as Uzor Kalu Orji. 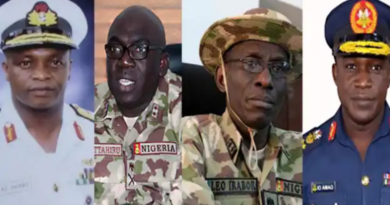 The newly appointed service chiefs have been mandated by the House of Representatives committee on the army to devise fresh ideas on tackling insurgency and banditry in the country. 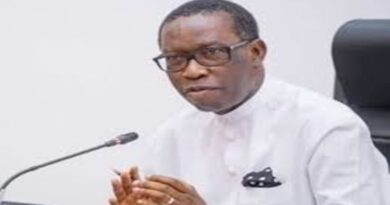 Fani-Kayode Speaks on his Meeting with APC Leaders