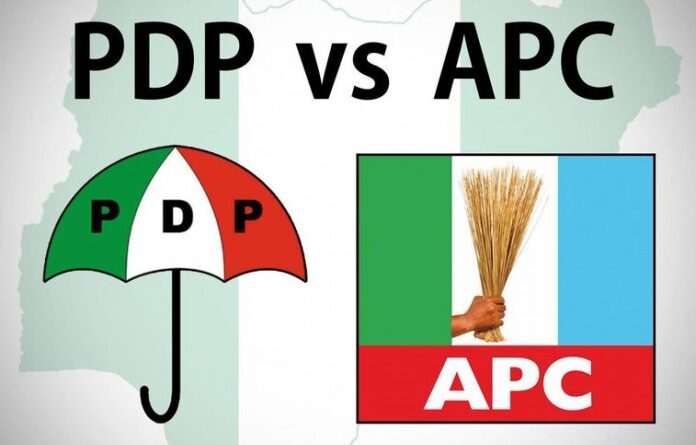 Governors on the platform of the Peoples Democratic Party have blasted the ruling party for failing the nation and called on Nigerians to reject the All Progressives Congress (APC), led government in the 2023 race.

This was contained in a communique issued at the end of their meeting in Abia State on Wednesday.

The governors noted that a “disorganized” party like the APC has nothing good to offer Nigeria.

The party stressed the “excruciating hardship and suffering being meted out to Nigerians by a failed APC-led Federal Government; the near-collapse of the APC as a viable political party, and the readiness of the PDP to take over and offer qualitative leadership options to rescue the nation.

1. We lament the terrible pain and hardship facing Nigerians in virtually all aspects of life. The meeting noted that life was much better in 2015 under the PDP than today under the APC, as exemplified in the following Comparative Indicators obtained mainly from the National Bureau of Statistics:

c. Aviation Fuel/Air Ticket Rate on Domestic Flights was N110 per Litre/N18,000 in 2015. It now hovers around N700 per Litre/N70,000, where available. Indeed, the scarcity of fuel that has resulted in the loss of several person-hours is a disgrace to Nigeria.

d. The collapse of the National Grid (126 times in 7 years – (June 2015 to March 2022) and its consequences for non-availability of power is most unfortunate.

g. Prices of basic foodstuffs are now three times higher than what they used to be in 2015. Staple foods such as rice, beans, cassava flakes are now slipping out of the hands of average Nigerians. Indeed, a Bag of Rice sold for N8500 in 2015 is now N39,000.

l. Perhaps the Exchange Rate has been one of the most disastrous. N150 to a dollar was the parallel market (patronized by most businessmen and Nigerians) rate in 2015. It is now about N580 to $1 in the parrel market and still rising.

p. Nigeria’s Misery Index, an indicator used in determining how economically well off the citizens of a country are, is usually calculated by adding the seasonally adjusted unemployment rate to the annual inflation rate, which has moved from 14.75 percent in 2015 to 50.48 (2021).

q. The major threat to the agricultural sector and food security in Nigeria is insecurity. In the northeast of Nigeria, it is estimated that no fewer than 70,000 hectares of arable farmland have been abandoned in the affected States and Local Government areas. The trend is the same all over the country. This further contributes to food inflation. The APC-led Federal Government must take steps to cooperate with States to bring security down to the grassroots.

2. The Forum is surprised that in the face of these statistics of complete failure in all ramifications and areas, the APC still wants to be on the ballot in 2023.

This shows how uncaring and insensitive the APC is. IT HAS BECOME A MENACE TO NIGERIA.

3. The Forum urges Nigerians to reject the APC, a party run undemocratically by a Committee contrary to the Constitution (S.228) with Mr President regularly issuing instructions and dictates. A party so disorganized can’t offer good governance to the people of Nigeria.

4. The meeting expressed concern and alarm over various reports and claims of stealing crude oil ranging from 80% to 95% of the production made by industry practitioners and called on the Federal Government to set up an appropriate mechanism to reverse this trend and bring perpetrators to account.

5. The PDP Governors once again decried the inability of the NNPC to make its statutory contributions to the Federation Account, despite Oil selling at above $110. It is patently unconstitutional for NNPC to determine at its whim and discretion when and what to pay to the Federation Account, as it is a mere trustee of the funds for the three tiers of Government: Federal, State, and Local Governments. We once again call for investigations and audits of the quantity of fuel consumption ascribed to Nigerians and for the deployment of technology at the filling stations to determine the volume of consumption transparently.

The Governors would resist any further attempt by NNPC to ascribe unsubstantiated subsidy claims to other tiers of government.

6. Furthermore, S.162 (1) of the 1999 Constitution of the Federal Republic of Nigeria as amended stipulates that “The Federation shall maintain a special account to be called “the Federation Account” into which shall be paid all revenues collected by the Government of the Federation.”

and S.162 (10) states that “For the purpose of subsection (1) of this section, “revenue” means any income or return accruing to or derived by the Government of the Federation from any source and includes –

(a) any receipt, however, described, arising from the operation of any law;

(b) any return, however, described, arising from or in respect of any property held by the Government of the Federation;

(c) any return by way of interest on loans and dividends regarding shares or interest held by the Government of the Federation in any company or statutory body.”

(c) Nigeria Federation has 49% shareholding in NLNG. According to the Minister of Finance during the 2020 budget performance brief at the National Assembly stated that the federation received a dividend of N144billion (One Hundred and Forty-Four Billion) from NLNG. These figures to the best of our knowledge were never paid into the Federation Account.

(d)) NNPC deducts N8.33Billion monthly for the Refineries’ rehabilitation in Nigeria. To date, no refinery is working.

(e) On priority projects of the Nation’s oil industry, NNPC deducted N788.78Billion for various investments between 2018-2021 without recourse to FAAC.

(f) NNPC in 2021 alone claimed to have paid over One Trillion Naira as petroleum subsidy. Indeed, in the month of March 2022, N220Billion was deducted as oil subsidy with a promise that N328Billion would be removed in April 2022. This is unacceptable.

(g) NNPC and FIRS, as well as other remitting Agencies, continue to apply an exchange rate of N389/$1 as against the Import and Export window of N416/$1. The extent of this leakage can be better felt if this rate is compared to the current N570/$1.

(h) From available records, N7.6T is withheld between 2012 and 2021 by NNPC from the Federation Account. All these are said to be payments for oil subsidies.

(i) Conclusively, we believe that all these leakages in NNPC have been made possible because the President is also the Minister of Petroleum. The urgent separation of these two portfolios have become necessary

7. The Forum noted the approval by the PDP NEC of the Time Table and Timelines for Congresses and Convention of the Party. It urged all party members and party leadership to remain focused and united to win power in 2023, to tackle the myriads of problems facing the country.

8. The PDP Governors congratulated the host, His Excellency, Governor Okezie Ikpeazu, the PDP Governors’ Forum Vice Chairman, for his generosity and hospitality in the hosting of the meeting. 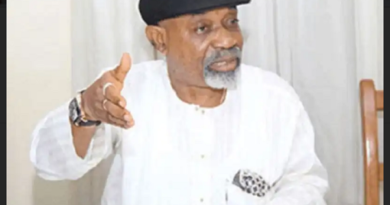 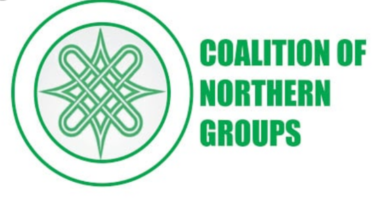 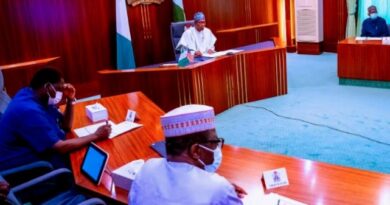 Buhari Calls US to help in Tackling Insecurity