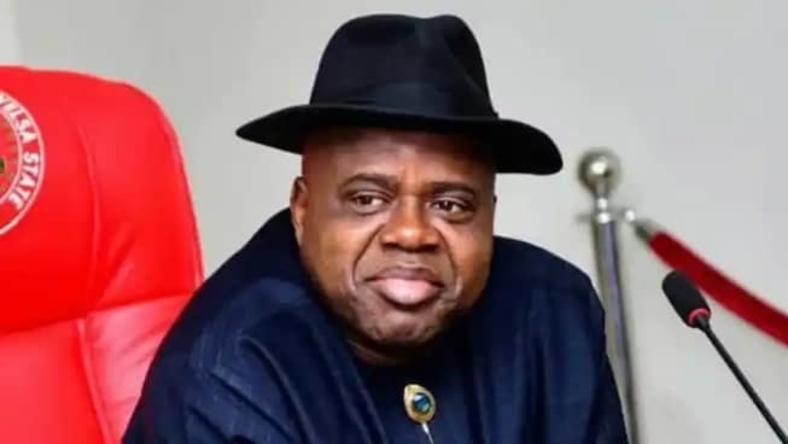 The Supreme Court in a unanimous judgment by a seven-man panel upheld the election of governor Diri and his Deputy, Lawrence Ewhrudjakpo, of Bayelsa State after all the appellants withdrew their cases against them.

All six appeals that sought to nullify the election of Governor Diri was dismissed yesterday by Justice Sylvester Ngwuta.

It will be recalled that the Court of Appeal in Abuja had in a judgment it delivered on October 2, upturned the verdict of the Bayelsa State Governorship Election Tribunal that nullified Diri’s election.

The appellate court had in a unanimous decision by a five-man panel of Justices, voided the majority judgment the tribunal delivered on August 17, which ordered the Independent National Electoral Commission, INEC, to conduct a fresh election in the state within 90 days.

The tribunal had based its decision on the ground that INEC unlawfully excluded one of the registered political parties, ANDP, from the governorship election that was held in the state on November 16, 2019.
While two members of the tribunal panel, Justices Sikiru Owodunni, and Yunusa Musa, upheld ANDP’s petition, the Chairman of the panel, Justice Ibrahim Sirajo gave a dissenting judgment that upheld Diri’s election.

Dismissing the petition for being statute-barred, Justice Sirajo said there was evidence that ANDP was disqualified from the election for fielding an ineligible candidate.

He noted that the party nominated an underaged deputy governorship candidate, who admitted that he was 34 years old, instead of the 35 years age bracket the Constitution stipulated.

Upholding the appeals, the appellate court panel led by Justice Adzira Gana Mshella, held that the majority verdict of the tribunal that invalidated Diri’s election was “perverse” and “contemptuous of the law”.
Justice Obande Festus Ogbuinya who read the lead judgment of the appellate court held that the tribunal wrongfully evaluated the petition of the ANDP and thus reached an unjust conclusion in the Bayelsa governorship dispute.

It noted that whereas section 285(9) of the Constitution made it mandatory that the issue of disqualification of candidates, being a pre-election matter, must be filed within 14 days after the cause of action arose, ANDP, filed its petition at the tribunal, five months after its deputy governorship candidate was disqualified by INEC.

According to the appellate court, INEC had in two separate letters dated September 13 and September 27, notified the ANDP that it made invalid nominations.

It held that the cause of action begun to run from the date the party became aware that its nomination of candidates was invalidated by INEC.
The appellate court held that the case of ANDP had become “stale” and “soured” as of February 26 when it filed the petition at the tribunal.
More so, the Appeal Court ruled that the issue of disqualification of candidates, being a pre-election matter, could only be ventilated before a regular court and not a tribunal.

The appeals were dismissed for being statute-barred and for containing pre-election matters that are beyond the scope of an election tribunal.
The appellants had among other things, sought governor Diri’s disqualification on the premise that his deputy, Senator Lawrence Ewhrudjakpo, submitted forged documents to INEC.

They alleged that the Bayelsa deputy governor gave false information in the Form CF001 he tendered to INEC for the governorship election.
The appellants specifically challenged the authenticity of Ewhrudjakpo’s National Youth Service Corps, NYSC, Exemption Certificate allegedly issued in 1998.

The Court of Appeal upheld the dismissal of the appellants’ petitions, by the tribunal and confirmed Douye Diri as the duly elected governor of Bayelsa State.

Those that applied and withdrew their appeals on Wednesday were the Advanced Nigeria Democratic Party, Alliance for Democracy, its governorship candidate, Owei Woniwei, Liberation Movement, its candidate, Vijay Opuama, as well as the Accord Party. 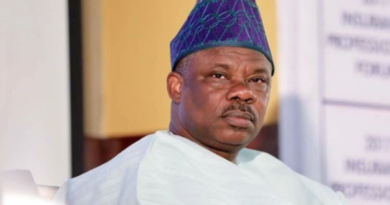 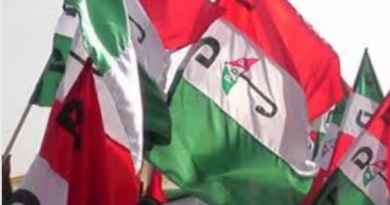 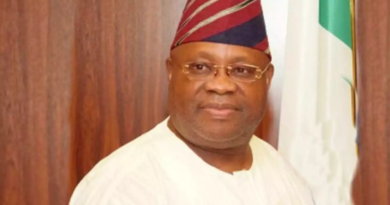