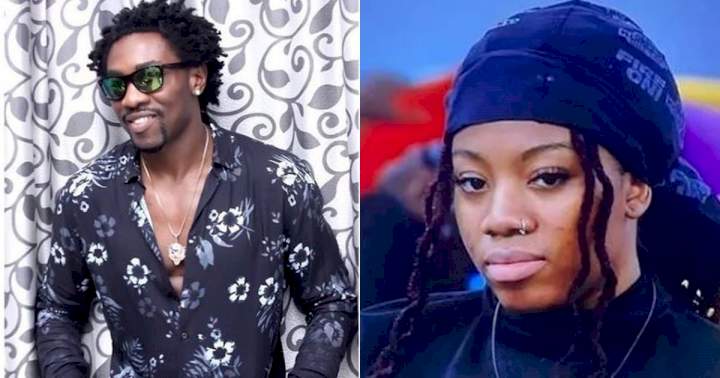 Boma and Angel got into a heated argument after Boma insisted that Angel told Queen about the kiss they shared in the executive lounge which they had previously agreed to keep a secret. He also alleged that Angel described him to Queen as a ‘Kiss and Tell”.

The war of words took place in the Game Room area upstairs after Boma referenced their intimate moment last week in the Executive room.

Apparently, Both housemates had kissed in the lounge during their conference which Boma wanted to be kept secret but it was however leaked to Queen and Pere who spilled the secret.

Reacting to this, Boma confronted Angel, cussing that this reality TV show Will be her biggest achievement in life. Angel couldn’t let this slide, so she retaliated, calling Boma her peer, for messing with her at his age 34.

Boma, who was obviously angered by her comments, fired back at Angel, calling her names. He also referred to her as a child, adding that she should be made to leave Biggy’s house because children are not allowed on the show.

“I don’t know why they allowed children in here. This is your biggest achievement. You need serious help,” he said.

Their argument got really heated until other housemates intervened, so that they don’t go physical.

Meanwhile, Angel issued a stern warning to him to never speak to her again in the house.

Still provoked with regards the issue, Boma could be heard telling Cross that he once had the power to make Angel leave the house, but he didn’t. He noted that Angel once committed an offence and he was summoned to the diary room and what was required to evict Angel was just a YES from him, but he saved her.

Boma said:”I am the reason why Angel is still in this house. She did something, they even called me into the diary room to ask me about it, all I needed to say was yes & she won’t be here with us.”

Meanwhile, Angel won’t be wrong to have described Boma as. ‘Kiss and Tell, being that after Boma had a sexual encounter with Tega, he spilled it to Pere, admitting that he had sex with her and her vagina smells like fish. 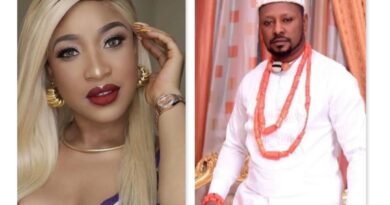 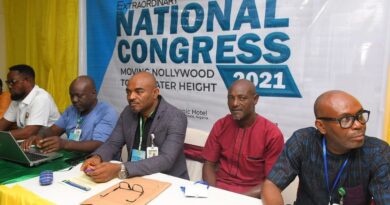 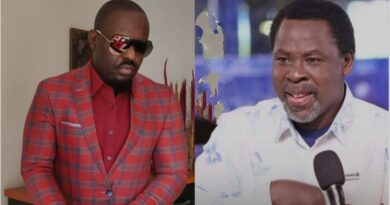 Jim Iyke Reflects On His 2013 “Deliverance Session” with TB Joshua