BBNaija housemates, Angel and Sammie, had a serious quarrel last night over a kiss she shared with the new housemate, Kayvee.

It is no secret that Angel and Sammie have grown so close since they entered the house two weeks ago. Many even predicted they would become an item in the house as they have been sleeping on the same bed.

READ ALSO!! BBNaija6: See the Housemates up for Possible Eviction This Week

Things however took a different dimension on Sunday, when Angel decided to kiss KayVee during a truth or dare game. This did not go down well with Sammie who felt disrespected by Angel’s action.

While the game was ongoing, Sammie couldn’t handle the kiss Angel and Kayvee shared so he left the room. He explained his annoyance to his friends, White Money, Boma, and others. He said he held Angel in high esteem until she also touched KayVee’s private part during the truth or dare game.

“I should be jealous of course. She touched somebody. You don’t even know this guy from nowhere. He only came in yesterday. She should have touched Saga or Boma. Was I angry that she kissed Boma?  No I was not Angry. You just met this n*gga and you gave him the impression that I want you”

Things however took a dramatic turn last night when Angel said she overheard him slut-shaming her for her decision. She confronted him and an argument ensued between them.

She told him she is not in a relationship with him and ”can kiss whoever she wants to kiss”.

“Go for your Ideal woman. You have been slut-shaming me. I heard you.”

Angel immediately fired back ”I am not confused. I know what I want and it is definitely not you. It is not you. You literally slut-shamed me”

Sammie while discussing with the other guys in the room described Angel as ”My girl”.

An angry Angel then responded ”I am not your girl. We didn’t put a label on it. Stop calling me your girl.”

Angel mentioned that she is somebody that Sammie has been chasing and he responded ”I am no longer chasing you”.

Sammie later had a conversation with his male housemates where he said ”I was jealous. She has a nice bum, nice breasts. I shouldn’t be jealous?”

She later had a talk with Cross and Yousef where she stated that she can be with anyone she wants to be with since she is not with him.

The other housemates however intervened and prevent the duo from getting physical.

Explaining to Arin and Boma who gave her listening ears Angel said she chose to kiss Kayvee during the Truth or Dare game because he was new and she thought that kissing the pre-existing guys would have gotten Sammie jealous, but she didn’t know that this would even annoy him the more. She insisted that her intentions wasn’t to get Sammie jealous even if he thinks that she did it to spite him. 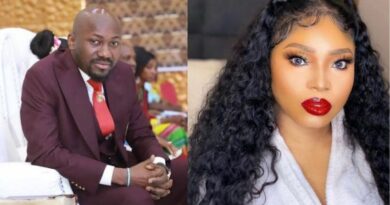 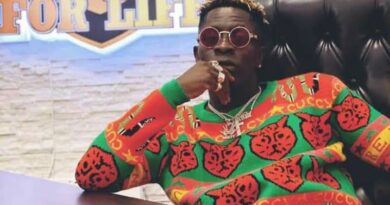 AFCON: Nigerians react as Shatta Wale accuses them of “lack of support” for Ghana 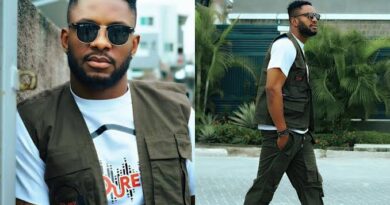