The first Big Brother Naija season 6 Live Eviction Show happened last night and Ebuka Obi-Uchendu came bearing both good and not so great news, for the Housemates. Now the big question on everyone’s mind, who will it be out of the five housemates? Whitemoney, Yerins, Beatrice, Yousef or Niyi?

Ebuka turned up a sartorial gangster in his black dripped in gold, gold chain and grills outfit, for the eviction show. And of course he had his way of making the viewers have their hearts in their stomach, with his really creative and super thrilling suspense.

The first housemate to be evicted was Yerins which going by viewer reaction was to be expected. Earlier in the day, when asked how he would feel if evicted later in the day, Yerins broke down in tears. He told Biggie during his diary session that eviction from the house would hit him and be emotional but he hopes he’s not evicted.

Yerins said: “It’s going to be emotional for me to leave the house if evicted today. Ikeep my fingers crossed that my time here has impacted the viewers so far.”

The next in line to be evicted was Niyi. Niyi said his marital status played a role in his eviction. The ex Housemate said his first week in the house was hard and he really wanted his feelow housemates to know him rather than putting the marriage before him.

“The first week was hard and I wanted people to know me rather than putting that married thing before me.”

When asked if his marriage affected his game, Niyi said, “No it didn’t hinder my game.” He added that he connected with someone he found interesting in the house.

The show host, Ebuka Obi-Uchendu announced Beatrice as the third housemate to leave the show. He said of all the housemates, she found it really hard to settle in so he asked her the reasons and Beatrice went on to reveal the hardest part of being in the house.

Beatrice told Ebuka that it was difficult settling in the house because it’s her first time being with 22 persons in the same space.

“It was my first time being with 22 persons so it was hard for me. The hardest thing about being in the house was vibing and gisting with the housemates.”

She further stated that she will focus on fashion and anything interesting that comes her way.

Whitemoney, who is one of the most lively housemates of the Big Brother Naija ‘Shine Ya Eye’ edition, burst into tears as he makes it through the week’s live eviction. WhiteMoney who was one of the nominated housemates for eviction dashed to the kitchen after the announcement as he weeps for joy.

He could be heard singing praises in a soft voice while drying his tears with the arm of his garment before crowning the moment with the phrase ‘thank you, Jesus.’

Yousef was also saved from the eviction, which was shocking to viewers who wondered how Yousef with his personality was saved while Niyi and Beatrice were evicted from the house.

Some viewers concluded that votes received were from Arewa youths which came as a shock as the Arewa Youth Consultative Forum, AYCF, National President, Yerima Shettima, had earlier described the BBNaija show as a calamity, insisting that the show be banned.

@Jojobiodun “Yousef with the KKK votes just like INEC elections.”

@Gbemigal “Arewa people you guys are actually really crazy, Yousef is still there, thought you guys didn’t like the show.”

@Ozioma “Apparently Yousef has the North supporting him plus his students literally the whole school.”

@Unwana “I can’t trust you all on social media. How is Yousef safe, I’m so confused.”

@WaamO “You all are surprised that Yousef is saved? Remember this season’s voting pattern, no one does full subscription like the Arewa people. Trust them to give him all the votes.”

@DrFrankObi “I’m still Shocked YOUSEF survived. I thought he could have been the first I never saw YERINS Eviction coming too soon. Truly Biggie plus the Viewers really shocked us all tonight.”

@Sisi_Khaleesi “I fear Arewa people, they say one thing outside and do another indoors. They are probably voting secretly.”

@OlisaOsega “Arewa youths want the government to ban BBNaija but they voted massively for Yousef.”

@Powerplay “Omo if Arewa people are behind Yousef, he’ll go far in this game.” 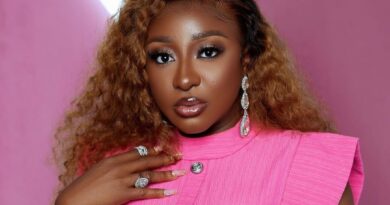 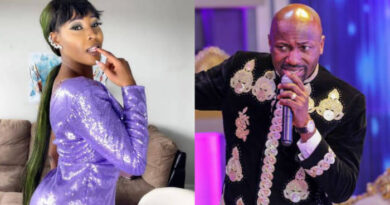