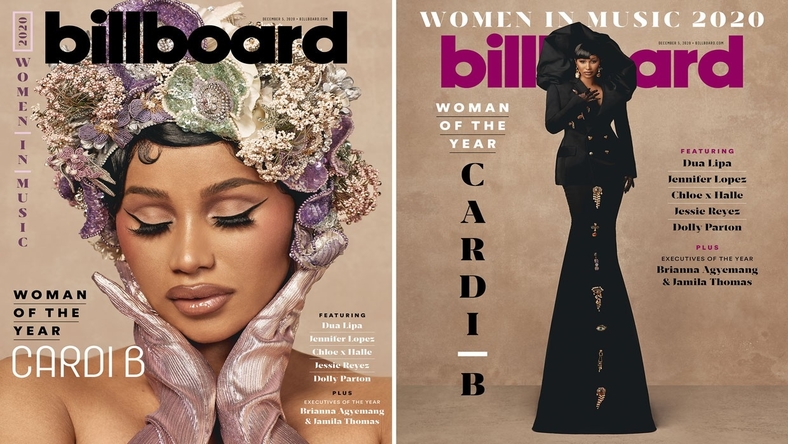 Billboard revealed the rapper as their woman of the year yesterday December 2nd on their social medial platform. They wrote:

The billboard magazine went on to give more reason why they choose Cardi-b as their woman of the year, saying she has been rising her fellow women in the music industry.

“Whether mobilizing voters, raising up fellow women artists, or praising the power of #WAP, her unapologetic voice resonated far and wide in 2020 when the world needed it most. #CardiB is Billboard’s 2020 Woman of the Year 💥⁠”

“Am I a role model? I know I’m a role model because I know there’s a lot of women like me. At the end of the day, I know I know I’m a bitch that made it through because I work my ass off, not because luck fell on my thighs.” –#CardiB, Woman of the Year”

She continued “I’m making sure I’m not selling myself short. I’m making sure people are reviewing sh*t right. It’s a lot of games that I have learned. Slowly but surely, I know I’m gonna get better. I know the value I bring to a company, and that’s one thing artists have to understand. I feel like in 2021 I’m gonna come up really strong.” –Woman of the Year #CardiB on making deals and navigating the business. ✔️”

“I want to show people that you can do positive things, but you can also be yourself. I like justice. I like to work and be creative. But I also like popping my p*ssy.” -Woman of the Year #CardiB on being herself 💯” 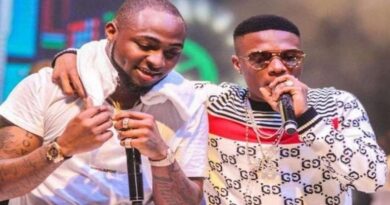 Just Like Old Time, Davido Features Wizkid On His “A Better Time Album”. 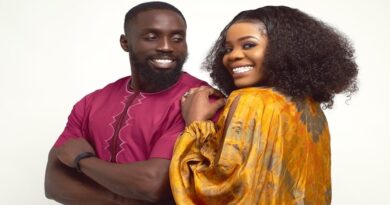 Wizkids Baby Mama Shola Ogudu, Set To Tie The Knot With Her Lover. 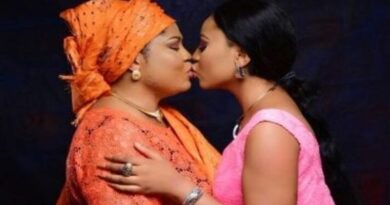 Nollywood Actress Regina Daniels Made Shocking Revelation About Herself And Her Mother.