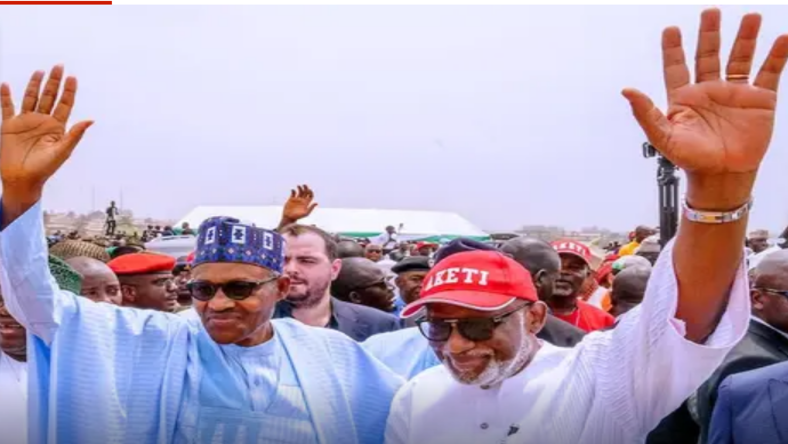 President Muhammadu Buhari has congratulated Governor Rotimi Akeredolu on his Victory at the Ondo State gubernatorial poll which was held on Saturday, saying his victory shows that one good turn deserves another.
The president urged the governor-elect to be humble and magnanimous in victory, and serve the people of Ondo State even better than how he did in the first term.
Announcing the final results at exactly 3.03 pm, yesterday, Governor Rotimi Akeredolu of Ondo State was handed another four-year mandate to oversee the affairs of the State.

The Returning Officer and the Vice-Chancellor of the University of Ibadan, Prof. Abel Idowu Olayinka, said Akeredolu scored 292,830 votes, while Jegede garnered 195,791 votes to emerge second.
Supporters of Akeredolu, yesterday, savored what they deemed a well-deserved and sweet victory as the governor’s vote tally is more than the other 16 candidates put together. Collectively, the 16 candidates got 279,915 of the 572, 745 valid votes, which is 12,915 votes less than Akeredolu’s 292,830 tallies.
Akeredolu won in 15 out of the 18 local government areas in the state. Saturday’s election was the second time Akeredolu and Jegede contested against each other for the same office.
An elated Akeredolu, who extended the Olive branch to his challengers to join forces with him to develop the state, said he would not betray the confidence of the Ondo people.
Akeredolu said the renewal of his mandate, was an eloquent testimony to the degree of acceptance the people of Ondo State have for him.
He said: “It affirms that the confidence reposed in our administration remains unshaken. It is a statement on your assessment of our performance in the last three and a half years.
He said the administration has not relented in the promises made when he was elected for the first term, adding that the achievements in various sectors are testimonies for the dedication to serve the people.
He further promised that the administration shall continue to make people its priority.
On their part, The Peoples Democratic Party (PDP), whose candidate, Mr. Eyitayo Jegede, has, however, said it would study the result of the Independent National Electoral Commission (INEC), which yesterday declared Akeredolu of the All Progressives Congress (APC), as the winner of last Saturday’s governorship election in the state.
The spokesman of Jegede’s campaign organization, Mr. Gbenga Akinmoyo, has commended the people that voted according to their conscience.
See Popular Reactions
https://twitter.com/OlusolaOke001/status/1315373132694384642?s=19 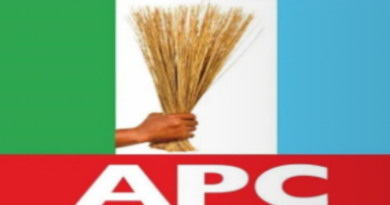