The all-time empire season movie star Gabourey Sebide just made a huge announcement on her Instagram page, which has got lots of people talking.

First, the plus-size actress, went on a weight loss journey that no one saw coming, as she lost weights drastically. It is not a bad thing to lose weight, neither is it a bad thing to stay in check-in size, guess that was the goal of gabby as she worked towards it with all her heart.

Well, who would have thought that the empire star actress was still single as she is fond of posting photos and videos of herself and her “BFF” on her Instagram page all the time. One would actually think that they got married secretly.

News flash, Gabby, and Brandon Frankel were never married secretly, neither was she engaged to him secretly. Well, guess the moment we’ve all been waiting is finally here, as gabby took to her Instagram page to reveal that she just said yes to her BFF.

Sharing a video and photo from their proposal, the actress revealed that it is weird to her that people actually think she and Brandon were married but their hearts and intentions for each other are clear for everyone to see. She wrote:

“It’s weird that people think we’re already married but I guess our hearts and intentions for each other are just that clear to see. My BFF proposed and now I get to hold him forever. The funniest man I’ve ever met. The sweetest human to exist.”

She also went on to say that each time she looks a bit stressed and overwhelmed, he jumps into action and that every moment with him is a joy. She continued:

“@brandontour made up a song for when I put my bonnet on at night. The second I look a bit stressed and overwhelmed, he jumps into action to take over what he can for me. Every moment with him is a joy. He is the partner I thought I was too independent to need.”

She concluded the post by saying that she has learned so much about herself through him, and she is grateful and excited to learn more about the entire world with him by her side.

“I’ve learned so much about myself through him and I feel grateful and excited to learn more about the entire world with him by my side. My partner, my best friend, my cats’ daddy, my man, my heart, my fiancé!!! ❤️❤️❤️❤️”

Brandon also shared the post a photos from their engagement on his Instagram page saying he asked his best friend to marry him and she said “YES” and he is so excited to spend the rest of his life with the amazing moment with her. He posted

“I asked my best friend to marry me, and she said “YES”! So excited to spend the rest of my life with the most amazing, hilarious, beautiful, and inspiring woman I’ve ever known. I couldn’t imagine a life without you. We make the best team, and we make everything fun and memorable. I liked it, so I put a 💍 on it. Love you to the moon and back @gabby3shabby“ 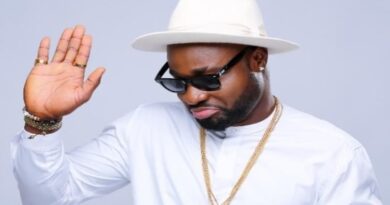 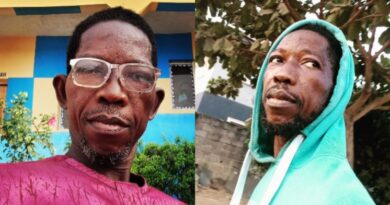 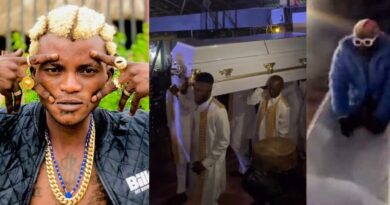 Singer Portable storms his concert in a coffin