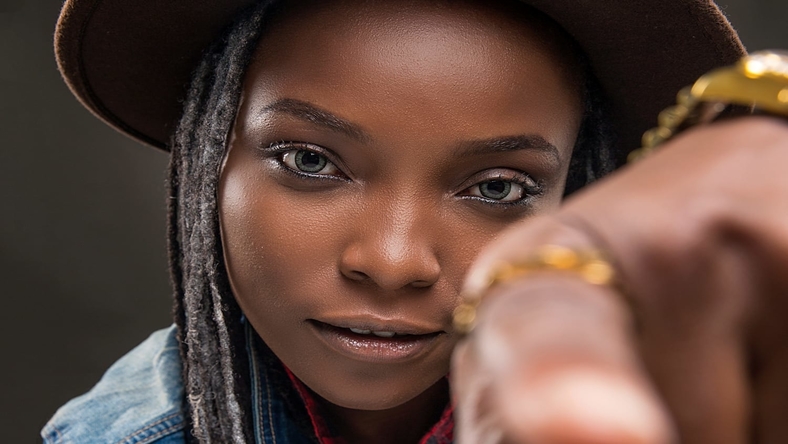 Social media floods loads of praises on DJ Switch, over her live Instagram session during the rampant massacre of innocent Nigerians at the Lekki tollgate.

The Lagos state governor Babajide Olusola Sanwo-Olu, had earlier today the 20th of October, announced a 24 hours curfew in the state, to help curb the operations of hoodlums, starting from 4 pm Tuesday 20th to 4 pm Wednesday 21st.

“The total breakdown of law and order by hoodlums who unleashed mayhem on innocent citizens and our dear state prompted our decision to impose the 24-hour curfew.

I identify wholeheartedly with the #endsars protesters and made sure the Lagos state created a habitable environment for them to air their grievances and complaints without intimidation. I immediately swung into action as soon as I was presented with their demands. Changes that could be made immediately were done. And the ones that required a process, were kickstarted.

I watched keenly as humanity and love for one another thrive during the protests. A groundnut seller received life-changing funds to grow her business, Jane got a prosthetic leg, people who lost their personal items got them back, new friendships were formed, protests grounds were tidied at the end of each day. Those actions made me proud and I was glad that Lagos state had set herself apart.

However, it is sad to see what was meant to be a life-changing, boundary-breaking, swift decision making, and status quo changing movement turn into a total bedlam by people who do not know the reasons why the protests started in the first place.

I watched these heartbreaking videos, and as Governor, history will not be kind to me if I fold my hands and allow arsonists, hoodlums, and anarchists hide under the guise of the #endsars protests to wreak havoc on the state, and put the lives of the very people I swore to protect in danger.

Imposing this curfew was difficult, especially as we have just returned from a COVID19 required lockdown. This curfew will allow security officials to immediately restore order to the state, and arrest the miscreants that have disrupted the peaceful protests.”

The governor later made another announcement, moving the time of curfew forward to 9 pm to enable protesters who live far away to be able to make it home just in time before the curfew.

“Lagos State Governor, Mr. Babajide Sanwo-Olu has directed that enforcement of the 24hour curfew in the State should not start until 9 pm to enable people stuck in traffic to get to their destinations.”

To an extent, the informing came late as many protesters didn’t see nor hear the announcement on time. Not just that, before the second announcement was made, the motorist had already stopped working, which made lots of protesters not being able to go home, and had to stay back at the protest ground (Lekki tollgate)

well on like other Nigerian celebrities who were galivanting the protest ground, Nigerian DJ, songwriter, and musician Obianuju Catherine Udeh professionally known as Dj switch, despite the fallback of most celebrities who have been coming out since the start of the protest, insisted to stay back at the Lekki tollgate, where the protesters are gathered, as most protesters, who do not stay anywhere close to the venue could not make it back home on time, to beat the stipulated time set for the Lagos state curfew.

Dj switch was Nigeria’s hero as she streamed the Nigerian soldiers on her Instagram live killing innocent citizens. Not just that, she gave detailed information on every happening at the tollgate as there were no cameras to capture the killing of innocent Nigerians by the military because the cameras were all taken down just before the soldiers arrived.

Fear gripped lots of Nigerians the moment DJ Switch IG Live went off, as they feared that something bad might have happened to her. But then, information was passed that she was fine and that her phone battery was dead.

Indeed, DJ switch saved the day, without her going live on her page, no one would have known what really went down there as the soldiers were alleged to be moving the bodies which they have shot so as not to leave any trace that they killed innocent Nigerians.

Shout out to DJ switch and Kaffy for helping out the injured victims during the rampant shootout, you both are indeed the greatest of all time.

Proving it is not just by coming through during the day to protest, but to be with other protesters especially those who could make it back home. 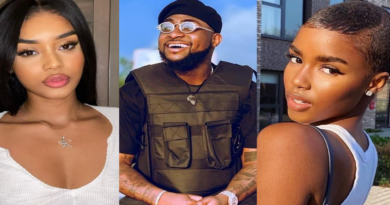 Davido In Yet Another Baby Mama Drama Between British Top Model Kenza And Eva.

One thought on “#Endsars Dj Switch, The Nigerian Hero We Never Expected.”