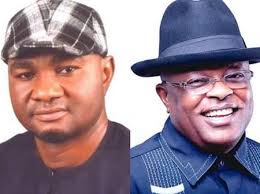 A Chieftain of the All Progressive Congress, APC, and Commissioner for Capital City and Urban Development, Chief Onyekachi Nwebonyi, have said Governor David Umahi’s “declaration of intent to run for the office of the President of the Federal Republic of Nigeria is a sheer manifestation of the desires of many Nigerians”.

He stated this at the weekend in a statement issued in Abakaliki. According to him, Governor Umahi has done so much for Ebonyi with which Nigerians were conversant, adding that the governor will replicate the same at the national level if given the opportunity.

Nwebonyi added that “the speed with which Governor David Umahi turned Ebonyi State to Dubai of a sort is an indication that Governor Umahi has the magic wand to transform Nigeria and give it the leadership Nigerians have ever desired.”

According to the statement: “Ebonyi State that used to be a forgotten state has become a business and leisure resort within a short space of time, glistering with state-of-the-art infrastructure. Of course, with the completion of the ongoing airport project, the allure and grandeur of the unprecedented infrastructural transformation Governor Umahi have brought to Ebonyi State will no doubt take the shine off the parent states in the South East.

“The speed with which Governor David Umahi turned Ebonyi State to Dubai of a sort is an indication that Governor Umahi has the magic wand to transform Nigeria and give it the leadership Nigerians have ever desired.

“Reeling out the individual accomplishments of Governor Umahi in Ebonyi State, which are already evident, is no more important than identifying the features and significance of those accomplishments to the macrocosm Nigeria state.

“To deliver epochal and quintessential leadership which he had envisioned ab initio, Governor Umahi tailored the policies of his government in line with the will of the people. Public involvement in decision-making processes through consultations made him undertake projects and programs that touch positively and directly on the lives of Ebonyi residents.

“Societies, like individuals have goals they aspire to accomplish. Every country hopes to reach certain heights as far as development is concerned, but for that to happen development-oriented strategies should be put in place. The Ebonyi example has shown that Engr. Chief David Nweze Umahi has a strategic vision. He has a broad perspective on human and physical development as well as the requirements and paraphernalia for such development.

“This is coupled with his understanding of the historical, cultural, and social complexities of Ebonyi State of which his approaches are hinged. The infrastructural and human capacity deficit which is witnessed in Ebonyi State prior to his emergence as governor in 2015 is where his focus concentrated.

“Without wasting any time, he began to employ the reinforced pave concrete technology in road construction. Today, the state is replete with hundreds of concrete paved roads and highways across Ebonyi State.

“There are more than thirteen flyovers across major roads in the state among which the Iyere Bridge in Afikpo LGA, is the most astounding due to the rugged terrain of the area.

“Other prominent infrastructures include the shopping mall, the ecumenical center, St. Margaret Umahi International Market, the international airport, the new government house, the upgrading of PA Ngele Oruta Township Stadium and the ongoing construction of a new one, the street lights among a plethora of projects too numerous to mention.

“His resolve to uplift the educational standard of Ebonyi State led him to establish special schools with state-of-the-art learning facilities, among which are the King David Medical University, Uburu, King David Gifted Academy as well as reconstruction of almost every school in the state.

Nwebonyi added that Umahi had also established the Neighborhood Security Watch and later launched the South East Ebube Agu Security Outfit which is fully in operation.

“The significance of Governor Umahi being the president of Nigeria is manifold. The problems facing Nigeria today are largely insecurity, dearth of infrastructure, corruption, and lack of vision. With his track record as governor of Ebonyi State, it is evident that if Engr. Umahi becomes the president of this country come 2023, the issue of insecurity will die down and fizzle out too.

“The dearth of infrastructure will be a thing of the past, and agriculture, as well as education and healthcare, will attain the level obtained in developed countries. What is therefore incumbent on Nigerians, especially the youth is to join hands in the pursuit of Governor Umahi’s presidential ambition to secure Nigeria for the upcoming generation. “ 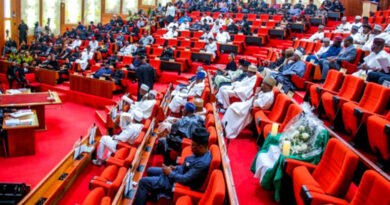 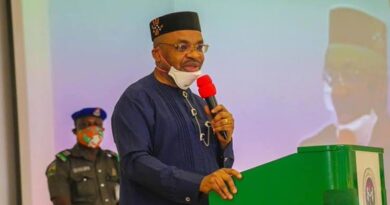 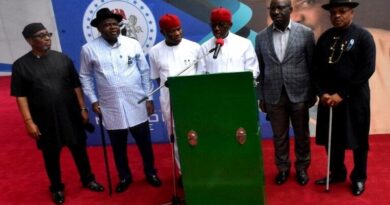