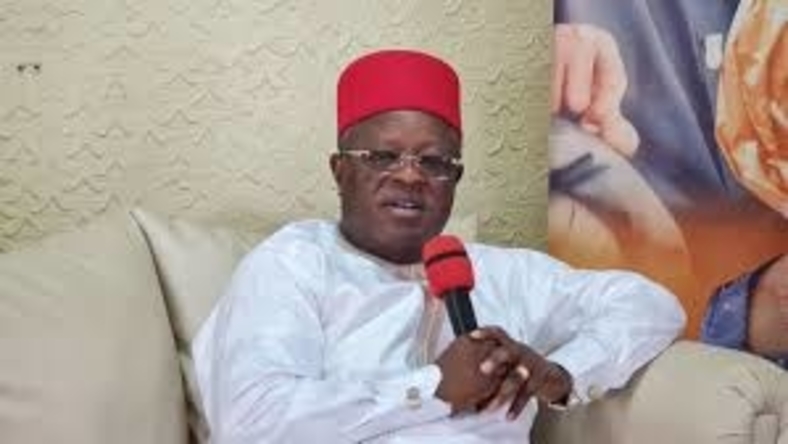 Ebonyi State has thrown Its weight behind Governor David Umahi, saying he is fit to contest the presidential race ahead of the next general elections.

This was contained in a statement issued by the Commissioner for Capital City and Urban Development, Ebonyi State, Chief Onyekachi Nwebonyi in Abakaliki.

He noted that the Governor had achieved much in road construction in all the 13 Local Government Areas of the state, which cannot be compared to that of any Governor or President since Nigeria’s Independence.

Governor Umahi assumed office having infrastructural development at heart, and have tackled it. In his words: “It is axiomatic that nobody has equalled Governor Umahi since Nigeria’s Independence, be it President or Governor. Upon the inception of his administration, Governor Umahi wasted no time in embarking on aggressive road construction in all the 13 local government areas of Ebonyi State. He saw rural roads as necessary as urban roads and highways, making him develop the 15 kilometres rural road per LGA policy.

Nwebonyi added that Ebonyi State has the best road networks and highest number of flyovers in the country added that “due to the premium the Governor places on transportation, he has also embarked on the construction of an ultramodern international Airport to open up Ebonyi State to transnational trade.”

“There is no gainsaying the fact that investing in sustainable infrastructure is pertinent to addressing crucial challenges facing Nigeria at the moment: poverty, insecurity, and economic downturn.

“Physical infrastructure is such a crucial element to a nation’s development because it engenders efficient distribution of goods and services. What this means is that every sector of the economy thrives. Producers will have the zeal for proactive and more efficient production, and distributors too since the goods and services produced to reach the consumers with ease. Similarly, good roads are also needed to obtain raw materials and other components required for effective production.

“Given these reasons, it is vital that physical infrastructure needs to be as efficient and as productive as possible. That is why Governor Umahi opted to tackle infrastructure headlong upon his assumption of office as Governor of Ebonyi State in his knowingness of the intricacies of development drivers.

“Talking of road infrastructure, it is axiomatic that nobody has equalled Governor Umahi since Nigeria’s Independence, be it President or Governor. Upon the inception of his administration, Governor Umahi wasted no time in embarking on aggressive road construction in all the 13 local government areas of Ebonyi State. He saw rural roads as necessary as urban roads and highways, which made him come up with the 15 kilometres of rural road per LGA policy.

“Yet, due to his frugality and shrewd experience in engineering, the costs of the projects were so minimal that he extended them far beyond the 15 kilometres in every local government area. It is evident that today, Ebonyi State has the best road network in Nigeria and is one of the states with the highest number of flyovers. Due to the Governor’s premium on transportation, he has also embarked on constructing an ultramodern international Airport to open up Ebonyi State to transnational trade.

“This is one of the areas Nigeria as a country is lagging at the moment and as such, needs Engr. Chief David Nweze Umahi as President in 2023 to fix the infrastructural deficit before it becomes irremediable.

“Indeed, while many people talk about physical infrastructure and human empowerment, they miss out on the real essence of human capital development. The fundamental importance of human capital development, or human empowerment if the parlance goes so, is not sharing money with individuals but the skills of the workforce and their productivity and productive capacities.

“This aspect is developed through investments in healthcare and education, which in turn, enables a healthy and well-educated workforce. The availability of such a workforce then leads to faster economic growth by ensuring that the necessary human resources are there for the industries and the technology companies to take advantage of. Human capital development also means that the infrastructures needed for entrepreneurship to thrive are in place.

“In this wise, Governor Umahi has got it perfectly right, but for the fact that Ebonyi State is a microcosm of the Nigerian society and could not significantly direct the movement of the economy of the country explains why the impacts of his accomplishments are still trickling down.

“Nonetheless, another essential element in a nation’s infrastructure is Urban Planning. How the urban areas are planned and managed determines how the living standard of its citizens is rated and how fast the economy grows. It is trite to say here that most Nigerian cities are creaking under the weight of their residents and transit population due to poor or lack of planning.

“This leads to haphazard development, poor sanitary conditions, and infrastructural decay. This is why the Ebonyi State Ministry of Capital City and Urban Development employs simple measures, on the instruction of the most astute Governor, Engr. Chief David Nweze Umahi, to implement the original plan of the capital city and maintain the statutory standards.

“Indeed, among the things holding back Nigeria, sheer lack of planning, as far as cities and the other components of the infrastructure are concerned, is a notable factor. There is no alternative to infrastructure development for a nation to advance, and there are no shortcuts to faster economic growth.

“For Nigeria to leapfrog into the elite club of developed nations, which most Nigerians yearn for, Engr. Chief David Umahi needs to be the next president of the country. This is because he will invest in all elements of the infrastructure component, which will restore Nigeria as the giant of Africa and project it to the status of a developed nation.

“From the foregoing, it is undeniable that if Nigerians fail to elect Governor David Umahi as president in 2023, Nigeria will miss the train again and lose out in the race for economic competitiveness in the comity of nations. This is the hard truth and the bitter reality which should spur Nigerian youths to look inwards and go for Engr. Umahi, the man who knows the way, in 2023 in order to achieve their collective aspirations,” the commissioner added. 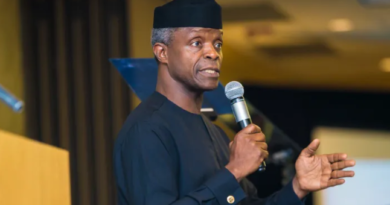 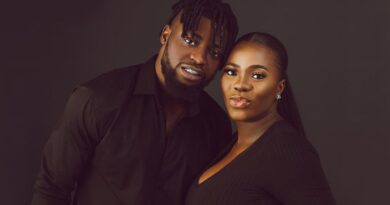 “I Wanted To Die, And I Meant It” —DJ Enimoney’s Wife Reveals In ACryptic post  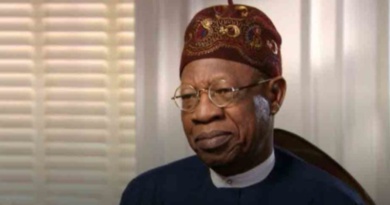