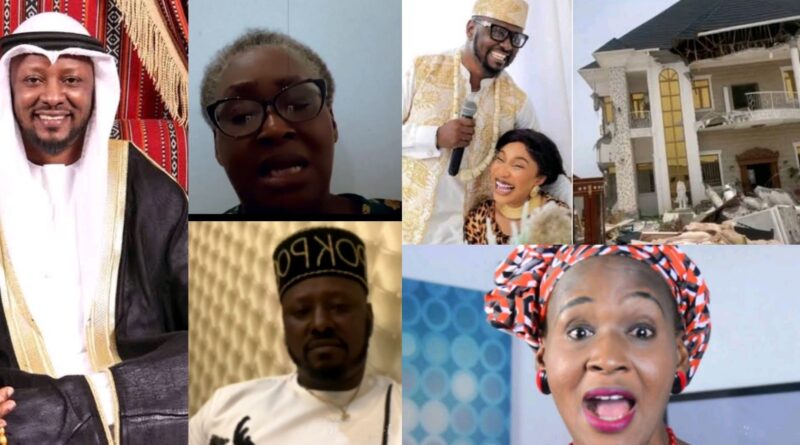 Prince Kpokpogri, the ex-lover of Nollywood actress Tonto Dikeh, has finally spoken up on the trending reports that Tonto had a hand in the demolition of his Abuja mansion.

On Saturday, May 14, at about 8 am, officials of the FCT Administration invaded kpokpogri’s mansion at Guzape Hills, Abuja with a bulldozer and began to demolish the multi-million-naira mansion.

Kpokpogri and ex-lover of Dikeh, filmed the entire scenery on Instagram live, while maintaining that he was not pre-informed by the officials about the demolition, which he described as illegal.

“I don’t have any issue with anybody that will warrant the wicked and illegal destruction of my house this morning without any pre-notice from the FCT ministry. Is it because I am from the Niger Delta region of the country? I just woke up this morning and saw the ministry officials, security men and a bulldozer and the next thing I saw was my fence being brought down.
“They entered my compound and began to demolish my house; as we talk, my swimming pool is gone, and a bungalow in my compound is also down. And any moment from now, the full mansion, which cost me over N700million, my hard-earned money, will soon be brought down and I don’t know the offence I have committed and I don’t know who is behind this.
“None of the officials want to speak with me and I am only being told now that the FCT minister, Muhammad Bello, sent them to come and demolish my house that a road will be passing through my house. My house was approved, I paid for everything, I am not owing the federal government a dime. Before now, about five northerners had approached me to sell my house to them but I refused. Because, my house is seated on a rock and an attraction of everybody; so everybody wants to have my house.”

Due to the prolonged tussle with his ex lover, Tonto Dikeh, the public alleged that she had a hand in the demolition of the mansion. The actress fueled these allegations after Dikeh on her Instagram story noted that she won’t stop laughing at Kpokpogri’s situation, adding that she’ll never sympathise with him.  She made this opinion with the excuse that Kpokpogri almost killed her financially, emotionally, and otherwise.

“Anyone waiting for me to stop laughing is a complete joker. I can’t and will never sympathise with this man. It’s his cross. He should carry it.

This man almost killed me financially, emotionally and otherwise. If I had committed suicide after he threatened to expose our explicit tape or even when he released the crying audio, it wld have been two weeks of goodbyes and the world moves on”, Tonto stated.

Some netizens lambasted the Actress over her actions as they accused her of conniving with government officials to get back at her estranged Lover.

During a live session with Controversial Journalist Kemi Olunloyo, she brought up the trending allegations against kpokpogri, but the politician maintained that Tonto had nothing to do with his house demolition and that she only used his predicament to chase clout.

Watch the video below:

Meanwhile, in a petition signed by the Abuja chairman of the group, Jude Vodah, titled ‘Demand for Immediate Compensation of Prince Joseph Kpokpogri over Illegal Demolition of his N700 Million House at Guzape Hills, Abuja, by FCDA Officials on Saturday, May 14, 2022’, addressed to the Director of the FCTA, the grouped said it was shocked by the demolition of Egbri’s house, and subsequently called for compensation.

The petition partly read, “We gathered that the attacks on the right to own property by Prince Kpokpogri guaranteed under Section 43 of the 1999 Constitution started in February 2022 and continued till May 2022 when the worst was done. There are records that the demolition has left scores of persons injured, and hospitalised while rendering Prince Kpokpogri homeless.

“It is obvious that the attacks and demolition succeeded with the tacit approval of the Minister of the FCT in the person of Honourable Musa Bello. Little wonder, the men who came to demolish the building said they are acting on “order from above.

We condemn these infringements in very strong terms, and call on the Federal Government to take immediate steps to redress these injustices by compensating, resettling, and rehabilitating the displaced Prince Kpokpogri without further delay. It is our demand that the Minister should show how a mansion on a hill inside an estate was built on the highway. We want him to also prove that the house was not approved by the FHA, FCDA, and the Ministry of FCT”.

The group which said the petition was rejected, further said, “Let it be known that if the Ministry of the FCT, FCDA, and FHA fail or refuse to compensate Prince Kpokpogri in the next seven days, we will take this mass protest to another level. A stitch in time, they say, saves nine and we hope that our demand will be met for the sake of peace.” 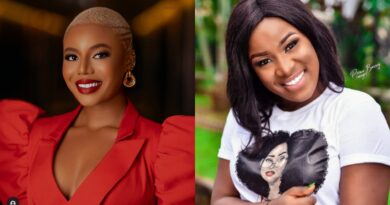 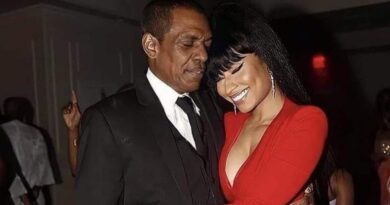 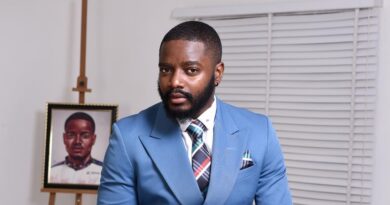