A new political initiative, #FixPolitics, have unveiled their plans to clean-up Nigeria’s mucky political scenery, towards ensuring a more wholesome democratic governance that would yield better dividends for its citizenry.
The Sun revealed that the group while revealing their agenda yesterday, identified the absence of good governance as Nigeria’s greatest obstacle to economic and political development.
Speaking during a Zoom presentation of the project, former Minister of Education, Dr Oby Ezekwesili, who delivered the key lecture, disclosed that research conducted to ascertain why Nigeria is getting its politics and governance wrong over the years showed that the Triangular Pillars Of Democracy (TPOD) have been skewed to favour the regulators and politicians more than the citizens.
“The TPOD, which have at the apex, Regulators, comprising Constitution, Political and Electoral Laws, and on the lower part, we have the Demand side, comprising the Electorates, and the Supply-side where we have Politicians, Political parties.
“Our research exposed a huge imbalance in the tripod because the political tripod tilts in favour of the politicians, against the masses. And time has come to properly address the TPOD if we must stop the monopolistic type of democracy that reigns unchallenged because it is a great threat on all of us”, she warned.
Ezekwesili further suggested the strategic solutions to tackle the imbalance revealed on TPOD
” We need to raise the influence of the electorate, then establish an unconventional school of politics, policy and governance to flood the political space with a new class of valued-base politicians, and then mobilize the Nigerian public to collectively demand for a new constitution, political, the electoral and economic restructuring of Nigeria.
Because only the Nigerian citizens working together can compel the three arms of government, to respond urgently and avert the imminent collapse of Nigeria into a failed state.”
The #FixPolitics group is slated to be officially launched to the public on 20th of October 2020
Some of the brains behind the initiative include Mrs Alero Otobo, Prof Remi Sonaiyan (former presidential candidate of KOWA in the 2015 elections), Anwar Musa Rafsanjani (Activist), Aisha Yesufu, Adeola Azeez and Seun Onigbinde among many others.
Revealing the goals and objectives of #FixPolitics initiative, former Information Minister, Frank Nweke hinted that there is no business more important than politics and governance because it is an anchor to every development. “We need to emerge an empowered electorate.
“Many Nigerians are not aware of what development is. So #FixPolitics is out to educate the citizenry on development and their rights. We seek to make Nigerians more discerning, and find their voices on issues like voting, integrity and demanding accountability.
It is not going to be easy but we must all work hard to achieve. 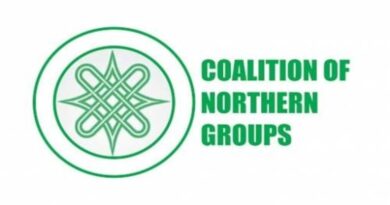 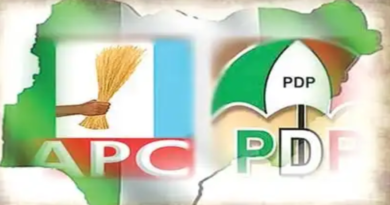 APC, PDP in Another Rage 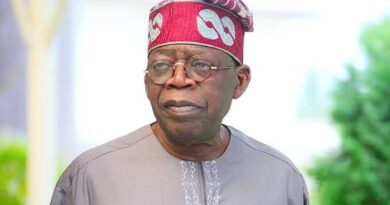 Group Back Tinubu for President