Presidency Reacts to Threats of Nation’s Restructuring
The Presidency has said President Muhammadu Buhari would not succumb to threats of those demanding for the restructuring of the country, saying that

There have been renewed agitations for the country to be restructured to avoid its break-up, with the General Overseer of the Redeemed Christian Church of God (RCCG), Pastor Enoch Adeboye, joining the fray at the weekend.

Recall also that prominent Nigerians had advised the federal government to restructure the country or risk breaking up.
But the presidency in two separate statements said Buhari would not be pressured to make any decision that would not be in the interest of the nation, making it clear that the president would only work with the legislature on issues of national concerns.
Ekiti state governor, Kayode Fayemi, was not left out in the demand as he said: “We are fast getting to a point where we must confront the reality of our federation. The structure of the economy we are running is not working. We need a structure that will meet the yearnings of our population.
“The current unitary structure privileges those who are more associated with a unitary federal structure rather than a genuine federal structure that is accountable to people, and responsive to the challenges that the people have.
“What that structure should be is a subject of debate from all sides of Nigeria. The state structure we have now is problematic, it is not working as it should. There is a clear justification for more devolution of not just functions unless you want to suffer the tyranny of unfunded mandates. You can devolve functions and not support it with resources and that is what we are faced with.
“Thank God we have a president who is a bit more responsive in Muhammadu Buhari. For federal roads that were fixed in states for over 16 years, not one naira was paid by Obasanjo, Yar ‘Ádua, or Jonathan. “Now President Buhari, without looking at the politics of it, said if you can justify that you did the road, Mr. Fashola go round the 36 states, if it is a federal road and they have evidence that they have done it, we will pay. And he paid.
“Frankly, why do we keep having federal roads? What is a federal road? The people who ply the roads in Ekiti do not know the difference between a federal road and a state road. All they will say is Mr. Governor, you are not doing your job, only for you to start explaining that it is not my road and I need their permission to even work on it.
“We have been trying to work on Ondo-Akure Road, the same story all over. These roads have been awarded, the Federal Government has no money to fix them. Some will fix via Sukuk, some they will fix via sovereign wealth fund.
“We don’t have the resources, we need to devise sustainable means of addressing these issues. As chairman of the NGF, this has been on the front burner of our work. We hope Nigerians will be able to push the argument further to a point where the resources and the powers that reside in Abuja can be devolved effectively to the states, with the revenue also devolved to take the responsibilities at that level.
Reacting, the Senior Special Assistant to the President on Media and Publicity, Garba Shehu, in a statement said: “The Presidency responds to the recurring threats to the corporate existence of the country with factions giving specific timelines for the President to do one thing or another or else, in their language, ‘the nation will break up.’
“This is to warn that such unpatriotic outbursts are both unhelpful and unwarranted as this government will not succumb to threats and take any decision out of pressure at a time when the nation’s full attention is needed to deal with the security challenges facing it at a time of the COVID-19 health crisis.
“Repeat: this administration will not take any decision against the interests of 200 million Nigerians, who are the President’s first responsibility under the constitution, out of fear or threats especially in this hour of a health crisis.
“The President as an elected leader under this constitution will continue to work with patriotic Nigerians, through and in line with the parliamentary processes to finding solutions to structural and other impediments to the growth and well being of the nation and its people.”

Death Tolls from Zulum’s attack on the Rise

One thought on “Presidency Reacts to Threats of Nation’s Restructuring” 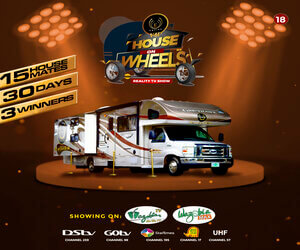