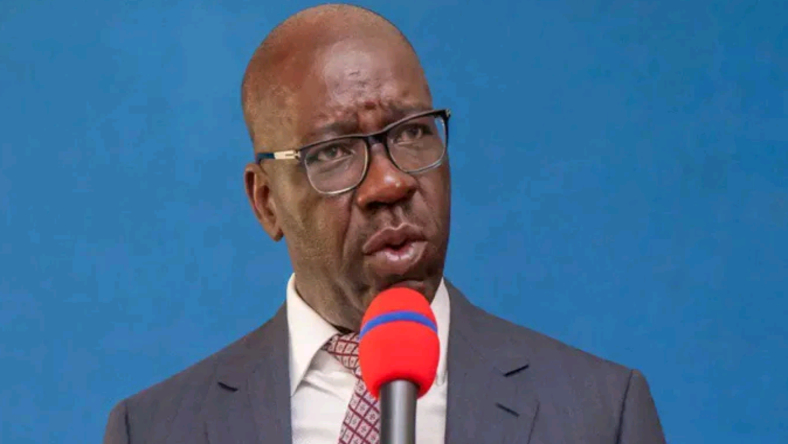 The Edo State Governor, Godwin Obaseki, has urged the Minister of Finance, Budget and National Planning, Zainab Ahmed, to ‘rally Nigerians to stem the obvious fiscal slide facing the country’.
This follows a statement made by Ahmed that Nigeria’s debt was at a sustainable limit,
Recall that Obaseki had last week affirmed that the Federal Government had printed about N50-N60 billion to share in March. The Governor who spoke on the state of the economy noted thus:
“Nigeria has changed. The economy of Nigeria is not the same again, whether we like it or not. Since the civil war, we have been managing, saying money is not our problem as long as we are pumping crude oil every day.

“So we have run an extraordinary economy and strange presidential system where the local, state and federal government, at the end of the month, go and earn a salary. We are the only country in the world that does that.
“Everywhere else, governments rely on the people to produce taxes, which is what they use to run the local government, state and the federation.
“But with the way we run Nigeria, the country can go to sleep. At the end of the month, we go to Abuja, collect money, and come back to spend. We are in trouble, huge financial trouble.

“The current price of crude oil is only a mirage. The major oil companies who are the ones producing are no longer investing much in oil. Shell is pulling out of Nigeria, and Chevron is now one of the world’s largest investors in alternative fuel, so in another year or so, where will we find this money that we go to share in Abuja?
“When we got FAAC for March, the federal government printed additional N50-N60 billion to top-up for us to share,” he said.
“This April, we will go to Abuja and share. By the end of this year, our total borrowings are going to be within N15-N16 trillion. Imagine a family that is just borrowing without any means to pay back and nobody is looking at that, everybody is looking at 2023, everybody is blaming Mr. President as if he is a magician.”

Meanwhile, the Minister of Finance, Budget and National Planning, who fielded questions from Journalists, has reacted to Obaseki’s submission on the “printed N60bn”, describing it as sad.
According to her, “The issue that the Edo State Governor for me raised is very, very sad because it is not a fact.
“What we distribute at FAAC is revenue that is generated, and in fact, distribution revenue is public information. We publish revenue generated by FIRS, the customs and the NNPC, and we distribute at FAAC. So, it is not true to say we printed money to distribute at FAAC; it is not valid.

“On the issue of the borrowing, the Nigerian debt is still within sustainable limit. What we need to do, as I have said several times, is to improve our revenue to enhance our capacity to service not only our debt but to service the needs of running the government on day to day basis.
“So our debt currently at about 23% to GDP is at a very sustainable level. If you look at all the reports that you see from multilateral institutions.”
Meanwhile, the Governor, who responded via his Twitter handle, noted that: “While we do not want to join issues with the @FinMinNigeria, we believe it is our duty to offer helpful advice for the benefit of our country.

“The Minister of Finance, Budget and National Planning, @ZShamsuna should rally Nigerians to stem the apparent fiscal slide facing our country.
“Rather than play the Ostrich, we urge the government to take urgent steps to end the current monetary rascality to prevent the prevailing economic challenge from degenerating further.
“We believe it is imperative to approach the Nigerian project with all sense of responsibility and commitment and not play to the gallery because ultimately, time shall be the judge of us all.” 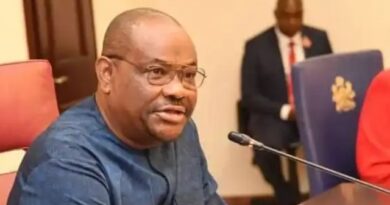 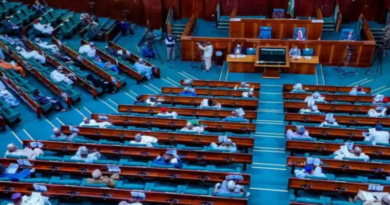 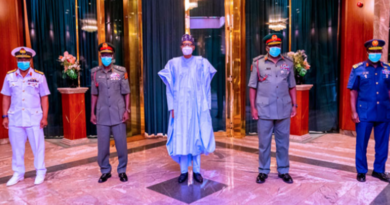