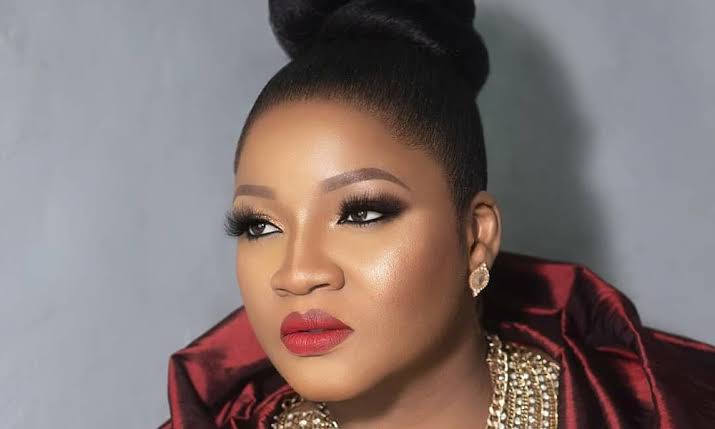 Omotola Jalade Ekeinde is currently being dragged again over a post she made during the 2020 #EndSars protest, which the public perceived to be “Insensitive”.

The Federal Government recently released the names of those who died at the Lekki Tollgate during the 2020 #Endsars protest, after arguing that no protester was harmed, let alone killed at the tollgate.

This caused Netizens to dig up an already forgotten incident, reminding Omotola of how she orchestrated the impression that “no one died” at the protest. They reminded her of how she had requested evidence then and hoped that the recently released list of casualties is enough evidence for her.

A Twitter user, @pharjmusic wrote, “I remembered Omotola Jalade requested for evidence too then, I hope she has seen them now. Shame on all who doubted the massacre, shame on all who sided with the government. Shame on you all who thought that fight was because of Yahoo boys. Thank you DJ switch”.

The Twitter user extended his gratitude to DJ Switch because she happens to be the only artiste who covered the incident life, stating that 15 people were killed while she was there.

It will be recalled that Omotola Jalade Ekeinde drew the ire of many on Thursday, 23 October 2020, three days after the infamous Lekki Toll Gate Shootings, when she made a tweet, urging people to speak out please and if there were no people to stop with the sensationalization if there were no deaths.

“It is a Crime of Human Rights to shoot someone not pointing a gun at you or running from you. Now that the whirlwind is settling, let’s see clearly and sieve the facts from the sensation.

Remember that the Main Reason is to Stop Police Brutality in Nigeria and we still demand to know who ordered the Terror on Peaceful protesters while there’s Still No known arrests of killer MIU.

Who sent the Military and started the VIOLENCE and HOOLIGANISM. We Demand to know who brought touts in BRT busses and OFFICIAL VEHICLES. While the Government said SARS had ended and claimed to understand and our agitation, the people sent to rein in the enraged rioters on the streets were EXECUTING them!

This is a Crime of Human Rights! You do not shoot someone NOT pointing a gun at you or running from you!

EVERYONE who was involved in turning the protest into a Violent Rollercoaster should Now be Brought to book! If not, then everything else is a LIE! Calling on journalists, investigators, NGOs pls we have work to do.

No lies, No fear. If People died during the Lekki Toll Assault, let their people speak out please and if there were No deaths then enough with the sensationalization because it does not remove from the Crime that happened.

Peaceful protesters were attacked and we will like to know why and by whom,” she tweeted

No sooner had she posted that tweet on her Twitter handle than many pounced on her, calling her all kinds of unprintable names. One critic went as far as referring to ‘Blood Sister’, a movie in which Omotola played the role of a bad egg, saying no wonder she killed Genevieve and snatched her husband.

The Internationally-acclaimed actress later apologised, saying that her words were drawn from a different context. Omotola hoped that Nigeria remembers that she was on their side and even protested.

“I hope you know I don’t doubt people died! I hope you understand that we need to collate these now and not continue with the I’m disappointed I’m leaving talks. Get Angry again. We Can’t stop”, she tweeted.

Thereafter, she posted a video of a doctor who confirmed that protesters brought to his hospital were indeed shot. 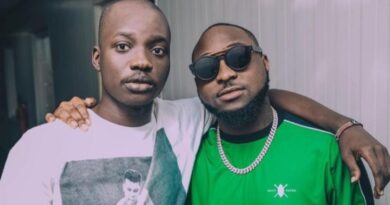 Davido finally breaks silence on the death of his Photographer, Focus 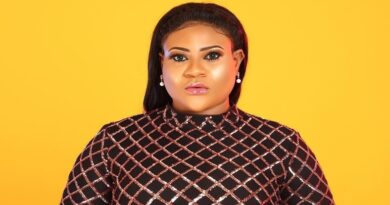 Nkechi Blessing Sunday Apologizes For Slamming A Fan Who Tattooed Her Name After Much Backlashes From Her Fellow Celebrity. 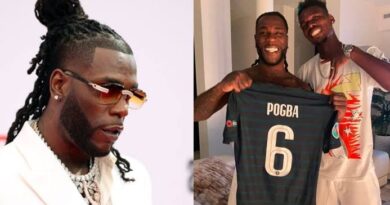