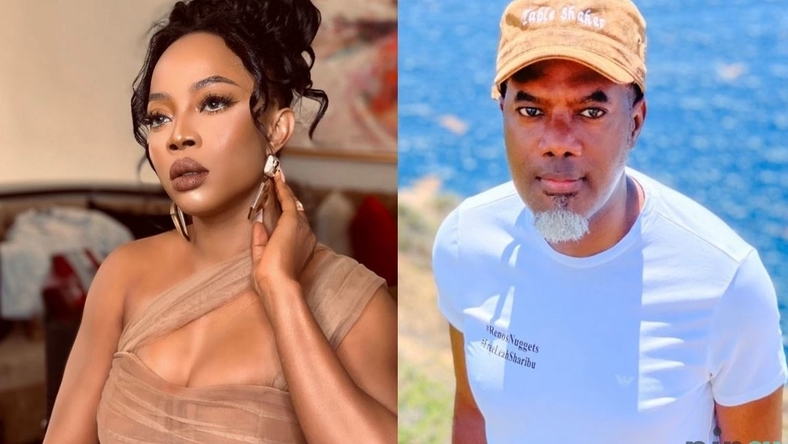 It is no news that Nigerian author and lawyer Bemigho Reno Omokri is someone that is very much outspoken in things that concerns the country, Reno Omokri is not one that keeps silent that sensitive matters, and as such, it is no surprise that he is being called out by Nigerian On-Air Personality Toke Makinwa, after his post about women and beauty, stating the media should portray Maryam Babangida as a natural beauty which every young lady should look up to, instead of deceiving them with stunning photos and bleaching their skin.

“Maryam Babangida was one of the world’s most beautiful women ever. We need the media to project more natural beauties like Maryam, instead of force-feeding youths ‘stunning’ photos of bleached divorcee slay queens, with surgically enhanced bodies!”

“This is a real beauty. Not useless people who corrupt the morals of our youth. From head to toe, nothing about you is real. Teaching our beautiful melanin endowed girls to hate their bodies, not knowing one hot towel can wipe away your fake beauty!”

Well, Toke Makinwa upon seeing reno’s tweet couldn’t hold back her thoughts on his tweet as she sees it to be one-sided, as she immediately responded to reno’s tweet above, which has now viral. She twitted:

”Wow, at your age? Your wife and kids must be cringing for you, such an embarrassment. “Divorced” is nothing to shame anyone for, life happens. People like you are the reasons why a lot of people stay in unhealthy situations and lose their dignity and In some cases their lives.”

“You can celebrate a version of beauty without putting another down, you don’t have to meddle in women’s business too. If you have a daughter I hope she gets the courage to never deal with a man as uncouth as you, stop with the misogyny.”

“I don’t care about shots intended my way, what I do care about is the group of women you singlehandedly insulted with your “Divorcee” comment, to divorce is not a crime, every divorced person has survived something, and sometimes getting a divorce is the only option they have”

“Enough with the divorce shaming of Anyone, I don’t see a divorced man being shamed for living his life after his failed marriage, people like that clown are probably in unhealthy marriages too. God forbid I marry a man who tweets that kind of garbage, sighhh.”

“Everyone has a divorced person that they know, it can happen to anyone, that we divorced and alive should be encouraged, people are dying each day living in unhealthy situations and while I’m not advocating for divorce, if leaving is what you need to do, do it in peace.”

“You cannot survive a bad marriage, survive a mental breakdown, and then now have to deal with judgment from people who have not walked a mile in your shoes, it should not be encouraged. Someone’s journey does not have to be your cup of tea, that’s ok but you must respect it.”

“Dragging my divorced slay queen naked ass back to my holiday and waking up to the most beautiful view. In my bed and outside my room. Love and light xx”

What are your thoughts on this, do you think Toke Makinwa went too far coming rom the fact that she might have taken Reno’s tweet a bit personal cause she is a divorcee. 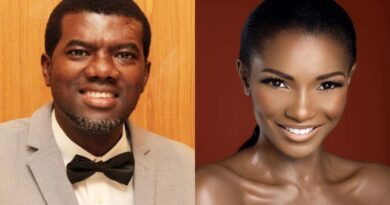 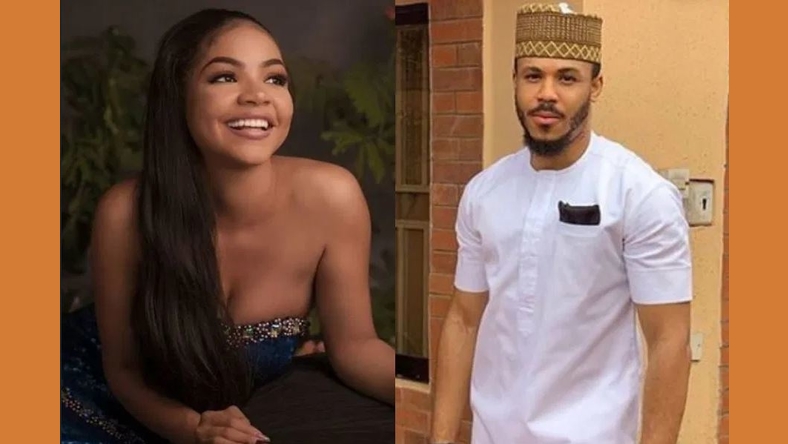