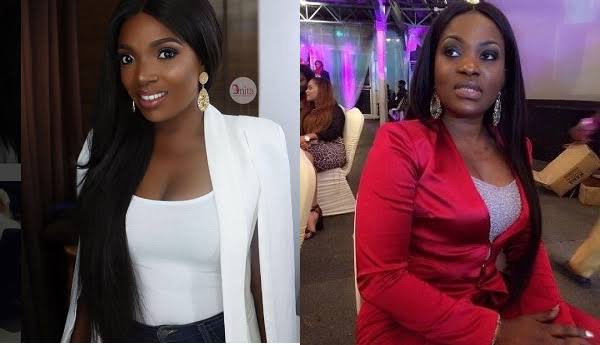 It is no longer news that there is no love lost between Annie Idibia and Tuface babymama, Pero Adeniyi. However, their rivalry took a fiercer turn when Pero decided to bash Annie’s 37th birthday celebration with a lawsuit over alleged defamation and libelous online publication.

It will be recalled that in September, Annie in a now-deleted series of Instagram posts accused 2baba of infidelity. She claimed that the singer spent nights under the same roof with one of his baby mamas Adeniyi, after taking his kids to Disneyland.

In all of this,  all of this, Adeniyi maintained silence. However, during one of her visits to Nigeria, she made a disclosure in an exclusive interview with popular blogger SDK, where she opened up on several parts of the allegations leveled by Annie Idibia.

Pero revealed that when 2face came to the USA, he never came to see her, neither did she see him, and that she (Pero) was with her boyfriend. She also claims Annie knows the truth and should fix her marriage. She also said that she had not even spoken to Tuface for about four months before i was woken up with calls to go and see I am trending online because Annie mentioned that he had run off to stay with me in America.

In clear terms, Pero referring to Tubaba said, “We dont really talk and we are not friends. It is because of this same reason that i have stayed away from him.”

Many had expected that the drama in the Idibia’s family would subside after Tubaba called for a ceasefire and Annie’s lengthy public apology on her birthday. But in a quick turn of events, Annie was in for another shock on her birthday, as the lawsuit surfaced online on her 37th birthday celebration.

Ms Adeniyi served Mrs Idibia a lawsuit notice written on her behalf by her solicitors, Okonjo Odiawa & Ebi, in which she demanded a retraction and N500 million as damages.

In the lawsuit, Pero’s lawyers referenced Annie’s Instagram outburst and the audiotape which went viral weeks ago. They stated that the allegations over the leaked tape are “blatantly false, misrepresents facts and portrayed Pero as an individual with loose morals”.

Her lawyers also stated that contrary to the allegations made via Mrs Idibia’s viral audio recordings, her husband, 2baba, did not visit Pero in America.

The petition also revealed that contrary to Macaulay’s post, Adeniyi made independent plans for a vacation to Disneyland with her children in 2018. They claimed that their trip coincided with 2baba’s business trip to Orlando and that Adeniyi and Macaulay had agreed that 2baba would visit the children at Disneyland.

According to her lawyers, Ms Adeniyi does not have direct communication with the father of her children.

“Contrary to your allegations, our client has continued to maintain a civil parental relationship with Mr ldibia even at the detriment of her children such that correspondence with him is made through his management and restricted to child support and welfare,” the legal notice read in part.

Annie was further accused of engaging in “malicious and libelous online publication” which subjected Pero and her kids to online harassment and bullying.

Pero is now demanding a retraction, an apology, and N500 million for reputation damages and a retraction of the allegations within 72 hours upon receipt of the letter containing the lawsuit.

Now the big question on everyone’s mind, instead of letting the sleeping dog lie, why wait until Annie’s birthday to file a lawsuit?

Reacting to a comment from a follower who happens to be a supporter of Pero, seems the babymama is unwilling to give peace a chance. The follower also expressed her grievances over Annie’s outburst.

She wrote, ‘‘@harforlahshade Wait till you are accused and dragged for something you know nothing about’’. 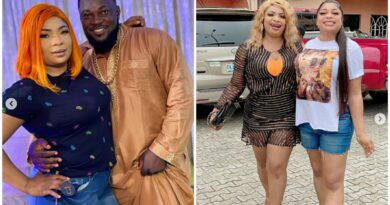 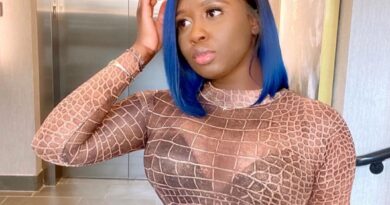 How I lost a baby to Ectopic Pregnancy- Actress Princess Shyngle 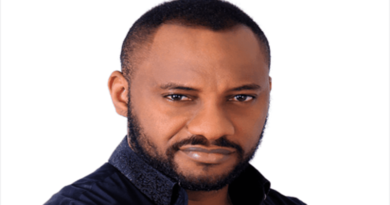 Yul Edochie Reacts To Peoples Concern About How Others Make Their Wealth.