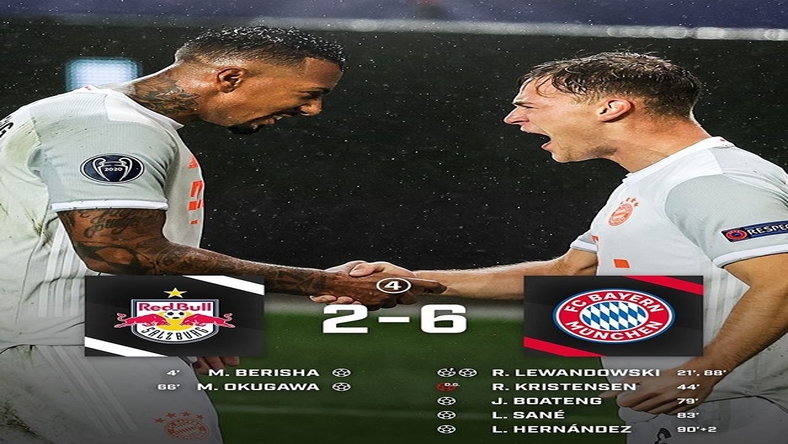 Joshua Kimmich inspired an incredible come back which saw Defending Champions, Bayern Munich maintain their winning run in a 6-2 win over Salzburg.

With the score at 2-2, Kimmich set up Jérôme Boateng’s goal with a corner in the 79th minute, before putting Leroy Sané free on the right to score in the 83rd

The substitute curled the ball inside the far post with his left foot to effectively seal Bayern’s third win from three games in Group A.

Salzburg’s defence crumbled in the final minutes, with Robert Lewandowski grabbing his second goal of the game in the 88th before Lucas Hernández rounded off the scoring in injury time.

Flick celebrated one year in charge of the Bavarian powerhouse. Since taking over on Nov. 3, 2019, he has overseen 43 wins from 47 games, winning the Champions League, Bundesliga and German Cup among other, minor titles.

The visitors took the lead when Mergim Berisha opened the scoring in the fourth minute for Salzburg after Sékou Koita’s initial effort was blocked.

Hernández was awarded a penalty after falling under Dominik Szoboszlai’s challenge, but the decision was reversed after a VAR review as Hernández made the initial contact.

Serge Gnabry had an equalizer ruled out for offside before Neuer made a great save to deny André Ramalho at the other end in the 17th.

Bayern was awarded another penalty after Enock Mwepu fouled Thomas Müller. This time there was no objection and Lewandowski equalized from the spot in the 21st.

A moment of the class led to Bayern’s second goal just before the break. Lewandowski laid the ball back for Müller, who fired in a cross that Rasmus Kristensen headed into his own net ahead of the lurking Corentin Tolisso giving the German champions a 2-1 lead at half time…

After the break, Salzburg brought on Masaya Okugawa in the 65th and the Japan midfielder equalized seconds later. Ramalho won the ball from Lewandowski and split open the Bayern defence with the ball for Okugawa’s second goal in three games.

Just as Salzburg was pushing for a third goal, Kimmich set up Boateng, then Sané, before Lewandowski scored his 70th champions league goal to bring him to one goal from equaling Raul’s record of 71 and Hernández sealed it off. 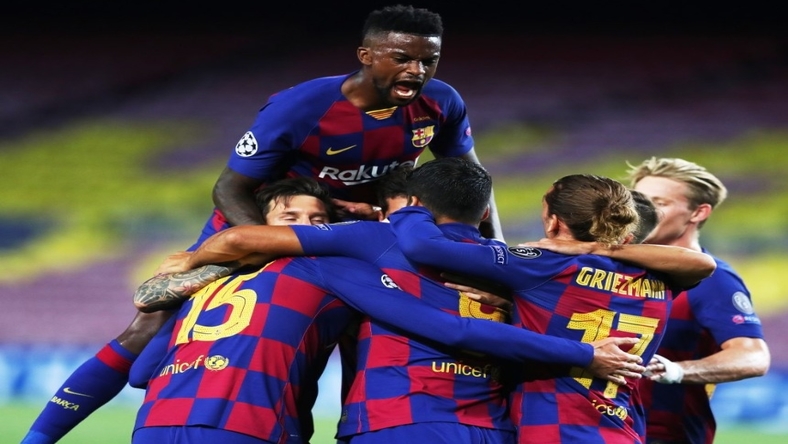 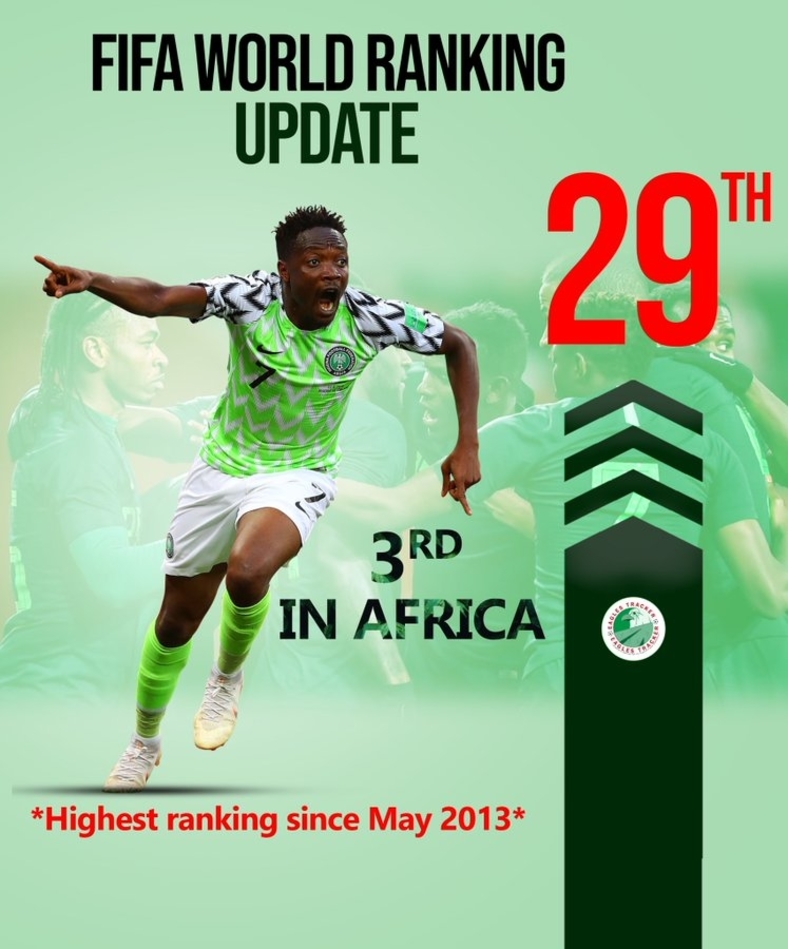 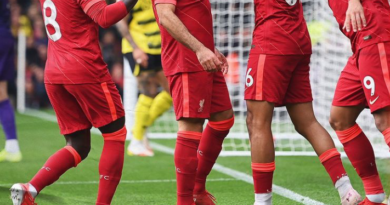