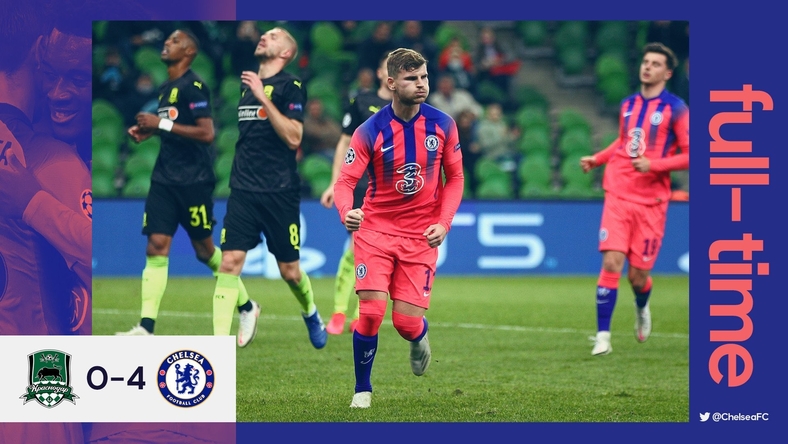 Chelsea missed an early penalty, but that did not stop Frank Lampard’s side from sealing a commanding 4-0 victory on Wednesday, away from home in Russia to Champions League debutants Krasnodar who drew their opening game in Rennes last week.

Chelsea was awarded a penalty in the 13th minute when Werner was clipped by Brazilian defender Kaio, but Jorginho’s effort hit the post and bounced off Safonov before Krasnodar scrambled clear.

Hudson-Odoi made the most of his opportunity playing behind Werner and benefitted from a goalkeeping error to break the deadlock 37 minutes on.

Yuri Gazinski struck the bar for Krasnodar as he volleyed into the ground at a corner 10 minutes into the second half.

Chelsea then earned a second penalty when Aleksandr Martynovich was harshly penalised for a handball as he sought to block an attempt from Pulisic.

With Jorginho having been substituted, Werner took over spot-kick duties and lashed the ball beyond Safonov, making no mistakes in the 76th minutes to double Chelsea’s lead.

Four minutes later, Moroccan international Ziyech scored on his full debut to make it three and Christian Pulisic topped it up with a stoppage-time goal.

Chelsea moves up to four points at the top of Group E after two matches.

Last season’s beaten finalists, Paris Saint Germain bounced from last week’s 2-1 home defeat at the hands of Manchester United in their opening Group H fixture to secure a 2-0 victory away against Istanbul Basaksehir in Turkey on Wednesday.

Moise Kean’s second-half double gave Paris Saint-Germain a 2-0 win away to Istanbul Basaksehir in Turkey on Wednesday as the French side got their Champions League campaign up and running but lost Neymar to injury.

The world’s most expensive player limped out of the action before the half-hour mark and went straight down the tunnel to join an already lengthy queue to the PSG treatment room.

He was replaced by Pablo Sarabia, but without the Brazilian, the visitors ground out the victory after the break in a game that thankfully passed without incident despite the backdrop of ongoing diplomatic tensions between Turkey and France. 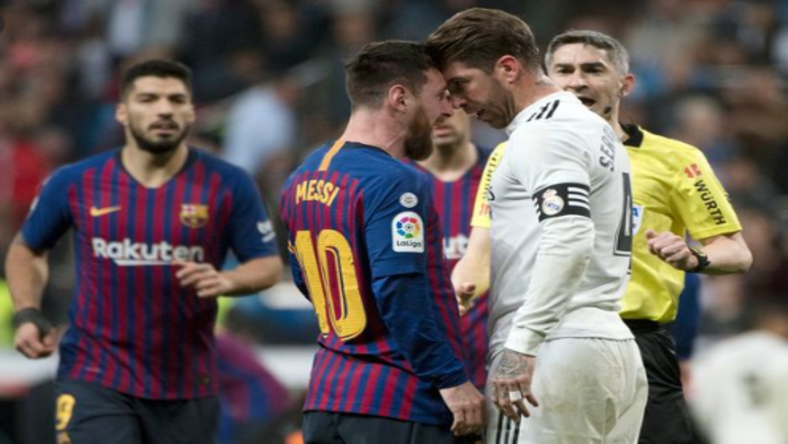 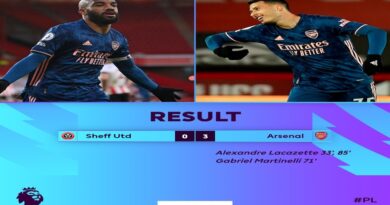 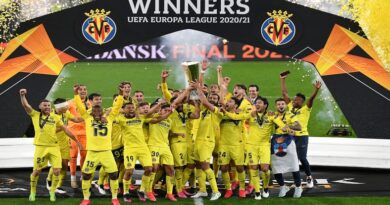