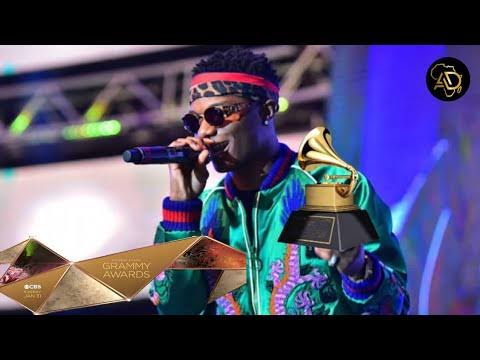 Award-winning superstar, Wizkid has grabbed double nomination this time, in two different categories of the 2022 Grammy Awards which is billed to hold in January next year.
The Grammy Awards is one of the biggest annual American entertainment awards, which features performances by prominent artists and presentation of awards that showcase achievements made by industry recording artists. The 2022 Grammy has been scheduled to hold on Monday, the 31st of January, 2022 at the Staples Center.
For the 2022 event, Wizkid was nominated in two categories with one nomination for his last album, Made in Lagos in the Best Global Music Album category and his song with Tems,’ Essence’ grabbed the second nomination in the Best Global Music Performance category.
It will be recalled that earlier this year, Wizkid won a Grammy for the Best Music Video’ for his role in ‘Brown Skin Girl’, Beyonce’s 2019 hit song.
Wizkid has been a major contender for the 2022 Grammy awards with his song of the summer, ‘Essence’ featuring Tems. In an interview with an American magazine, Rolling Stone, Wizzy said he had no vision in mind when he was making Essence.
“There was no vision, I remember that day. I had, like, six producers in the room. I was recording the last song on the album, and, yeah, Tems came in the room; we made that together. It was just easy.”
Wizkid also said he always tries to make good music and good products attract people’s love so he is not surprised by the longevity of his Made in Lagos album.
The Starboy has made historical achievements in his music career from being the Youngest African to get a Grammy awards nomination, the first to enter the Guinness book of records, the first African artiste to sell out London 20 Arena in 12 minutes among other impressive achievements, not leaving out his most recent double nomination on the 2022 Grammy Awards.
Wizkid FC didn’t hold back on expressing their excitement on the starboy nomination. Here’s how they’re reacting on Twitter: 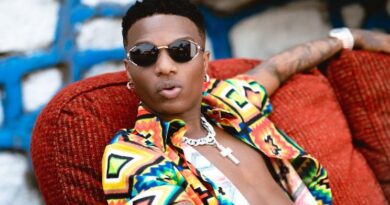 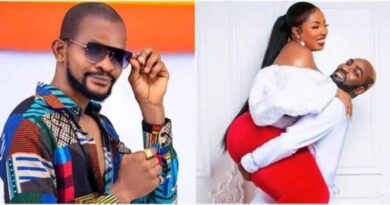 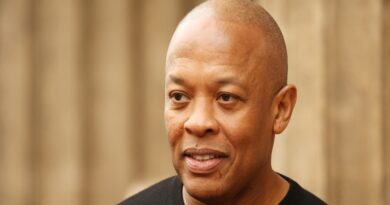 Update: Dr. Dre Has Reportedly Been Released From Hospital After Suffering A Brain Aneurysm.