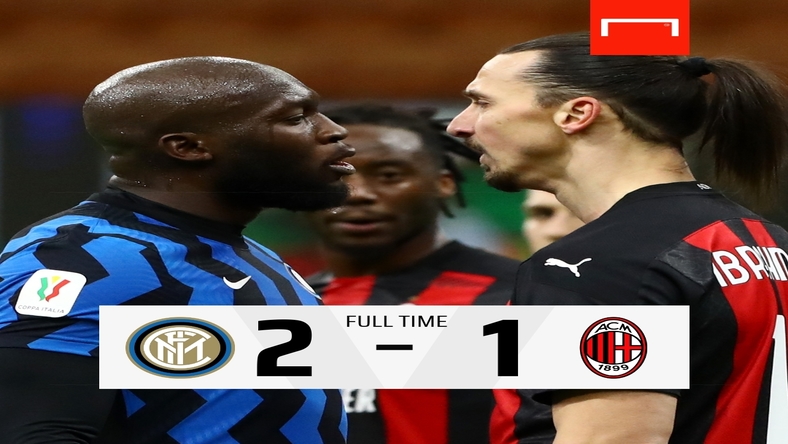 Thrills, Chills, and sparks, the Coppa Italia quarterfinals derby between Inter and AC Milan had everything one could ask for in a derby, but the absolute high point of the game was the spat between

Zlatan Ibrahimovic and Romelu Lukaku, which led to both Ayer been booked just before the break. The clash was so heated that Lukaku held back from jumping in on his former Manchester United team mate as the players headed into the tunnel at half time.

As though the first half drama wasn’t enough, Ibrahimovic, who had given AC the lead 31 minutes into the game, got a second yellow and was sent off 13 minutes into the second half for a foul on Aleksandar Kolarov.

Inter Milan capitalized on their one-person advantage. In the 70th minute, they got awarded a penalty after Rafael Leao fouled Nicolo Barella in the box, and Lukaku made no mistakes from the spot.

Conte’s kept mounting pressure on their city rivals. Still, AC’s keeper, Ciprian Tatarusanu, kept rising to the occasion. When it seemed like the game would roll into extra time, substitute Eriksen belted in a stoppage-time free-kick to complete the comeback and send Inter into the Coppa Italia semifinals.

The second quarterfinals game-winner between Juventus or SPAL on Wednesday will face the Nerazzurri in the semifinals. 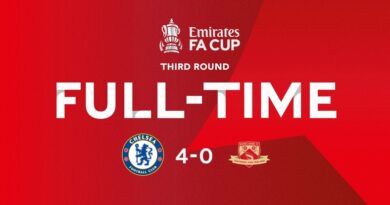 Champions League: Manchester United off to a winning start 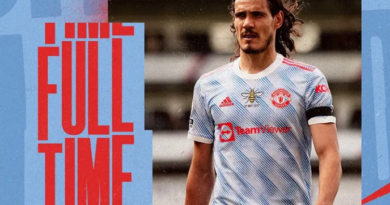