Top Nigerian artists, BNXN and Ruger have reignited their tussle about who is a better artiste in the industry, topping charts, making waves, hosting shows and the like of it.

Back in July, a Twitter user had likened Ruger to a low-budget Samuel L Jackson, stating that Buju is better than him.

Ruger though admitted that Buju is good but stressed that the singer is not better than him because everything he has done since the beginning was only RUGER. All his hits are JUST RUGER and he is always proud going on stage around the world with his own hits, unlike Buju (now called BNXN).

In a fresh development, Ruger who just released two new singles threw a riddle on Twitter;

“I am something. For years now, I have forced my songs down people’s throat whether e sweet abi e no sweet either by too much ads or by paying every influencer to make noise about a song they don’t even like. Or by speeding my song on TIKTOK. WHAT AM I ?”

All answers to the riddle pointed towards the direction of Buju.

Buju in response, dropped a subtle jab reminding him that he had not headlined or sold out any show since he started out as a musician so it was impossible for him to top any charts.

“We know why you haven’t headlined any venue at all since you came in the game , not balmoral , not Eko hotel , not Muri Okunola , no even your father’s compound Or should be leave the country? … No headline anywhere? And you’re topping the chart ? Are we idiots? ” Buju fired back.

Responding, Ruger immediately threw Buju off balance by asking him to mention five of his non featured songs that would make his sold out crowd go crazy while he mentioned his.

“Buju baby all I need from you now is simple. I need you to list just five songs of yours that’ll make your crowd go crazy at your shows and I’ll list mine. No features, just your songs buju baby I’m waiting” he clapped back.

Ruger’s clap back immediately rendered Buju silent, as he got the backing of Netizens who advised Buju to forget about features and collaborations and concentrate on releasing hit singles.

Meanwhile, popular Twitter critic, Daniel Regha tagged the tweet from Ruger as unnecessary and proceeded to remind him to get his priorities right or he would lose his career.

In his words, “Ruger u being unnecessarily n¤isy nowadays; If u stay on this path, ur music career will fl¤p sooner or later. The fans hyping ur s!lly acts have noth!ng to l¤se, but u do, so get ur priorit!es stra!ght. Focus on making music, at the moment u d¤n’t have a h!t song. Th!nk smart.”

He also made comments about the clash between Ruger and BNXN hinting that none of the artistes was better than the other and that both of them should focus on improving their skills instead.

“Ruger ur recent song “Red Flags” fl¤pped hard despite u bragg!ng a few days before its release, ur old songs also kinda m!d & d¤esn’t have replay value; Buju at the moment d¤esn’t have a solid song, but u are also in the same category. U two upcomers are n¤t improving. No shades.

Ruger thinks he’s a better artiste than Buju, that’s actually funny cos both of ’em are at the same level; They both have a m!d pen game, n¤ h!t songs & are h!ghly ¤verrated. Back in the day artistes let their music do the talking, but nowadays it’s all about cl¤ut. No offense.” 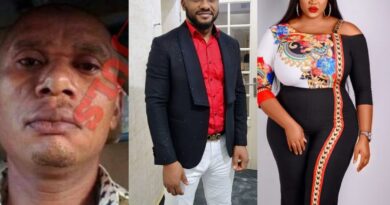 “I don’t want Yul to take my kids from me” Judy Austin’s alleged ex-husband cries for help, spills secrets 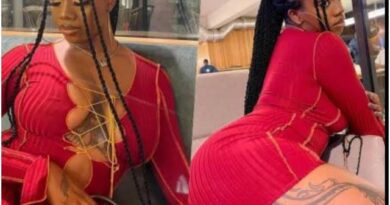 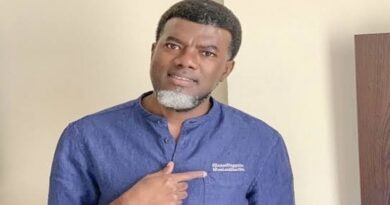