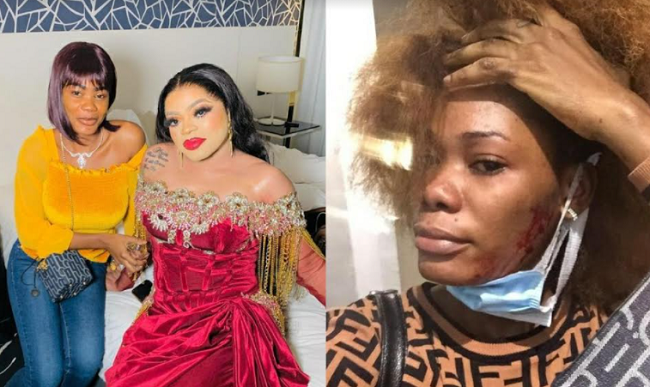 Recall that the Male Barbie flaunted a young lady whom he referred to as his daughter, and clearly stated that he knew her from nowhere but decided to fly her to Nigeria in order to change her life for good.

Well, looks like he did the exact opposite, as his alleged daughter, Kyme Oye has called him out on Instagram for making her life miserable and battering her at the slightest provocation.

Oye Kyme, the Ivorian lady Bobrisky took in some weeks ago after she tattooed his name on her body, made a post on Instagram, saying that she has been hiding and covering Bobrisky’s true identity from the world. She said the socialite is a double-edged sword and the opposite of his online representations.

“I Am done have been hiding it for so long now am showing your real face to the world wicked human being that lier have been with for 3month supporting you in your lie trying to accept you the way that you are wicked man lier!# sorry for my English am an Ivorian.”

She further alleged that Bobrisky hit her with a speaker on her face. Oye said her only offense was failing to call the hairstylist Bobrisky needed to come to loosen his hair. Oye Kyme said Bobrisky beat her up and sent her out of his house even though he is aware that she knows no one in the country.

“I dont want to talk about it but I can’t hide it anymore last week Sunday this is what Bobrisky did to me because I forgot to call the hair stylist to come and loose his hair I was trying to explain that I called him but the day I called him he didn’t come so the next day evening he called me because I forgot to tell him he he hit me with a speaker on the face and slap me when I wanted to explain myself, and ask me to pick my stuff and leave his house where should I go me that I don’t know Nigeria. So I call my mom on video call when she saw me crying with blood on my face, she asked me to come back to Ivory Coast! No mother we see this and we be happy have been facing a lot with him but I was still holding on because I don’t want to leave his house with quarrel or fight but here is the real reason why I came back to my country is better am happy with family than crying in a big house because of fame.! I gain anything lying to you guys but you can still think what you want”, Oye shared.

She went on to share screenshots of her conversations with Bobrisky, where he exchanged words with her, telling her that her charade won’t bring him down.

Amidst the heated-up media, another lady, Gift Anumba, who also tattooed the crossdresser on her body, has concurred to Bobrisky being an assaulter. In one of her posts, Anumba slammed the crossdresser for claiming he was being set up. According to her, it is only a fool who wouldn’t believe Kyme’s allegations to be true.

Anumba went on to drop hints that she too may have gone through a similar experience in the hands of the popular crossdresser.

“It’s heartbreaking, it’s painful. it’s annoying but it’s worth taking. Am a slow talker but I will talk soon. Calm and reserved at times are mistaken for dullness. Definition of me.” 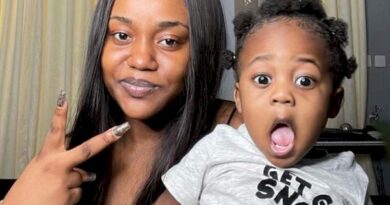 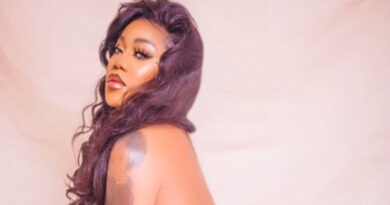 My Maid Shares Same Bra As Me, Toyin Lawani Laments. 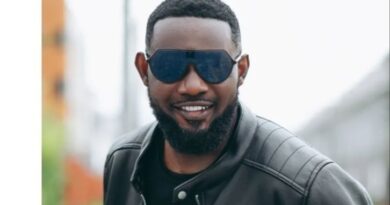