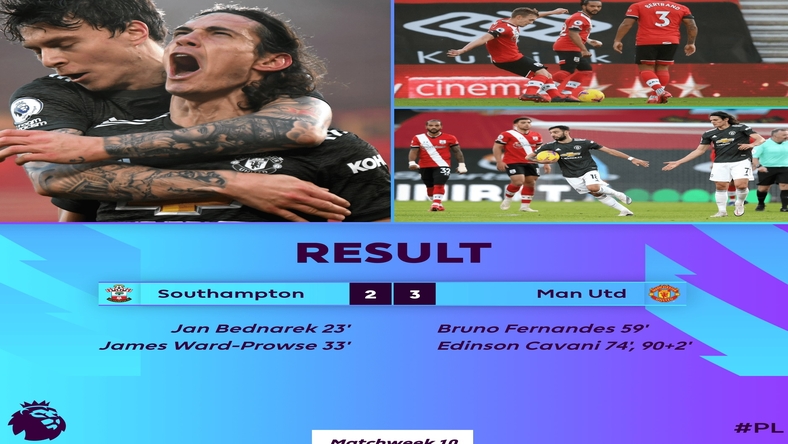 New signing, Edinson Cavani came off the bench to score two goals as he inspired Manchester United to a stunning comeback as they turned around a two-goal deficit to secure a superb victory at Southampton and deservedly bagged the Man of the Match award.

The victory saw the Red Devils record eight successive top-flight wins away from home for the first time.

The 33-year-old Uruguayan striker was a half-time replacement for out-of-sorts Mason Greenwood with Saints two goals up and in control of a fluctuating encounter at St. Mary’s – the veteran turning the tide with a virtuoso display and a brilliant headed double.

James Ward-Prowse was United’s tormentor in that first half, setting up Jan Bednarek’s 23rd-minute header with a corner before floating a magnificent free-kick beyond David de Gea 10 minutes later.

Manchester United manager Ole Gunnar Solskjaer, who watched his side wasted a host of chances and also had to replace the injured De Gea with Dean Henderson at the interval, sent on Cavani to perform the rescue act and the deadline-day signing obliged in spectacular style.

Cavani was a constant threat, setting up Bruno Fernandes to pull one back just on the hour before showing the old instincts remained fully intact to divert the Portuguese midfield man’s deflected shot past the excellent Southampton keeper Alex McCarthy with a diving header, 16 minutes from time.

As the game entered injury time, and with Southampton hanging on desperately for a point, Cavani was the match-winner with a flicked header from Marcus Rashford’s cross to spark wild United celebrations. 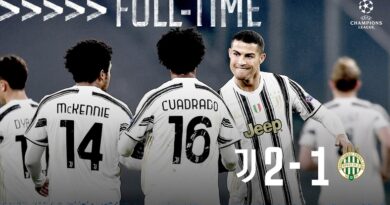 UCL: Morata’s injury-time header sends Juventus to round of 16 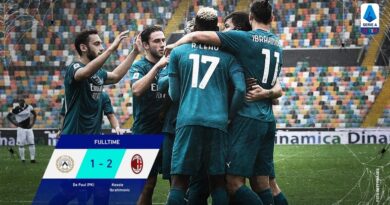 Serie A: Ibrahimovic’s late bicycle kick does it for AC Milan