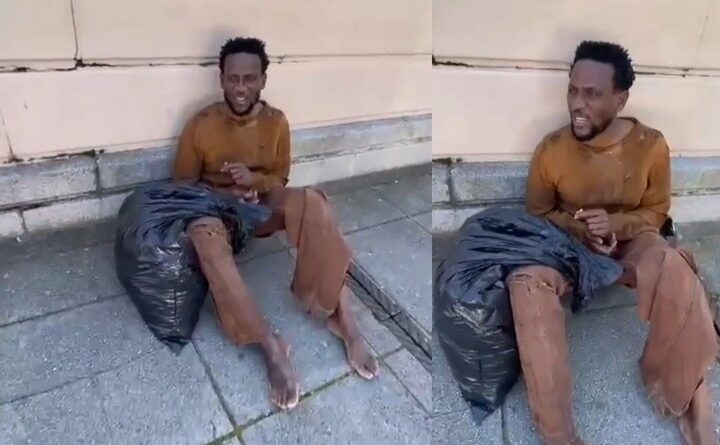 Omashola Oburoh, former Big Brother Naija Pepper Dem Gang housemate, got the internet wilding after an unkempt picture of him surfaced on the internet.

The video said to have been shot in South Africa shows the reality star dishevelled, wearing torn pant, his hair unkempt, sitting on a street pavement with a black nylon bag by his side.

This worrisome video surfaced after he wrote on Instagram that he was depressed and near breaking point.

“They say in your youth, depression is mostly peer pressure and the strife to not want to be left behind. In old age, depression is a bucket full of regrets and it is worse than the former.

Thank God I’m still young but plenty pressure man dey face. I believe in myself normally based on who I be and it is me and my team till the wheels fall off but right now ehn, only God fit understand…. I’m lonely in a world surrounded by people.

Trying to keep my cool but slowly reaching my breaking point”, he wrote.

While Netizens were still concerned about the state of his mental health, boom!a video of Omashola on the streets, like a madman was shared by his then fellow housemate, Ike Onyema.

Sharing the video, Ike wrote, “I just hope this is some sort of skit or movie @sholzy23 After seeing your last post, should I be worried? You haven’t been active on social media since your last post…call me!”

The video caused an uproar on the internet and finally, Omashola decided to speak up in an Instagram post saying,

“I want to use this medium to thank everybody who checked up on me one way or the other. I’m overwhelmed by your love and support and I sincerely appreciate it. I was dealing with some deep issues but I am making headways and better now by God’s Grace. Thank You”.

Here’s how Netizens are reacting though;

man_like_asap___: “Bros you need to explain to us why you were at that state in the viral video , just telling us that you are fine is not enough what was that about?” 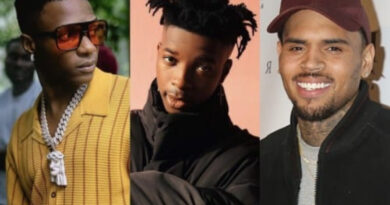 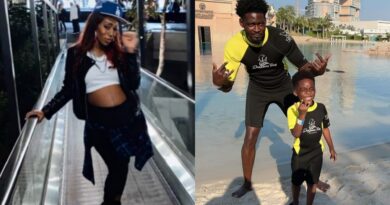